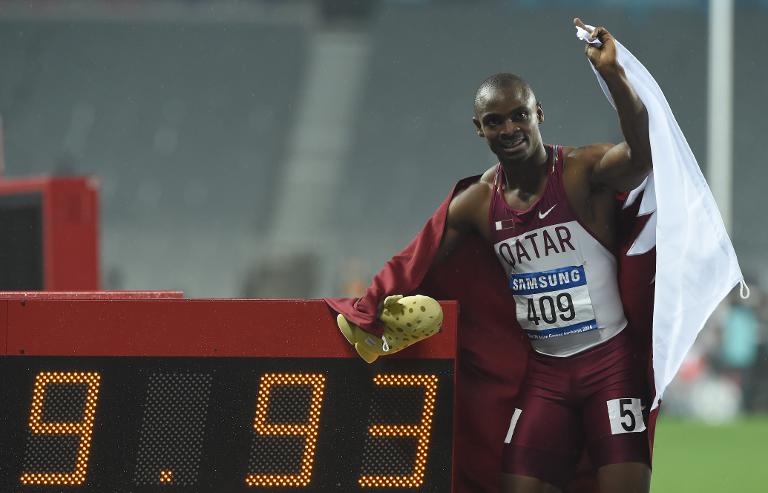 Hopes for an Asia-born athlete finally breaking the 10-second barrier sank with Su crossing in 10.10 and his Chinese team-mate Zhang Peimeng timing 10.18 in fourth.

Ogunode’s win is Qatar’s second athletics gold of the tournament, pulling them level in their shootout with fellow wealthy Gulf state Bahrain.

His time bettered the 9.99 that team-mate Samuel Francis ran at the Asian Championships in 2007. Francis, visibly struggling with a leg injury, finished last.