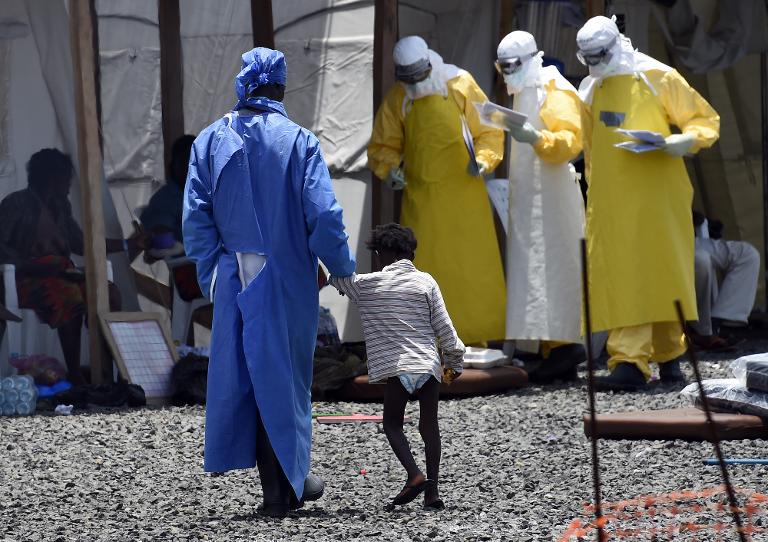 Liberia’s chief medical authority has placed herself in quarantine following the Ebola death of her deputy, health officials and humanitarian sources said on Sunday.

Dr Bernice Dahn, who is also a deputy health minister, opted to put herself in isolation after her assistant died of the infectious disease on Thursday.

Dahn and her assistant’s staff, whom she also quarantined, will remain under observation for 21 days, the sources said, for the full incubation period of the tropical fever that has killed more than 3,000 people since the end of last year.

Of the four west African nations affected by the Ebola outbreak, Liberia has been hit the hardest, with 3,458 people infected, and 1,830 of killed by the disease, acording to a World Health Organization count released Saturday.

Healthcare workers, already in very short supply, have paid an especially heavy price, with 211 dead in the stricken nations, 89 of them in Liberia.

In Monrovia, “about 50 bodies are incinerated each day — though we estimate that 20 to 30 percent of those did not have Ebola,” a WHO official who requested anonymity said, suggesting an Ebola toll of 35 to 40 victims each day in the Liberian capital.

“This is a slow rise, and it only includes the cases that have been officially tallied. There are still people who continue to bury their dead secretly in their gardens,” he said.

The US federal health body Centers for Disease Control and Prevention estimates that only about 40 percent of Ebola cases are being announced in Liberia and Sierra Leone, the worst-affected states.

The virus can fell its victims within days, causing rampant fever, severe muscle pain, vomiting, diarrhea and — in many cases — unstoppable internal and external bleeding.

Liberia’s decrepit public health infrastructure, ruined by 14 years of civil war to 2003 and endemic poverty, has “totally collapsed” under the Ebola crisis, the WHO official said.