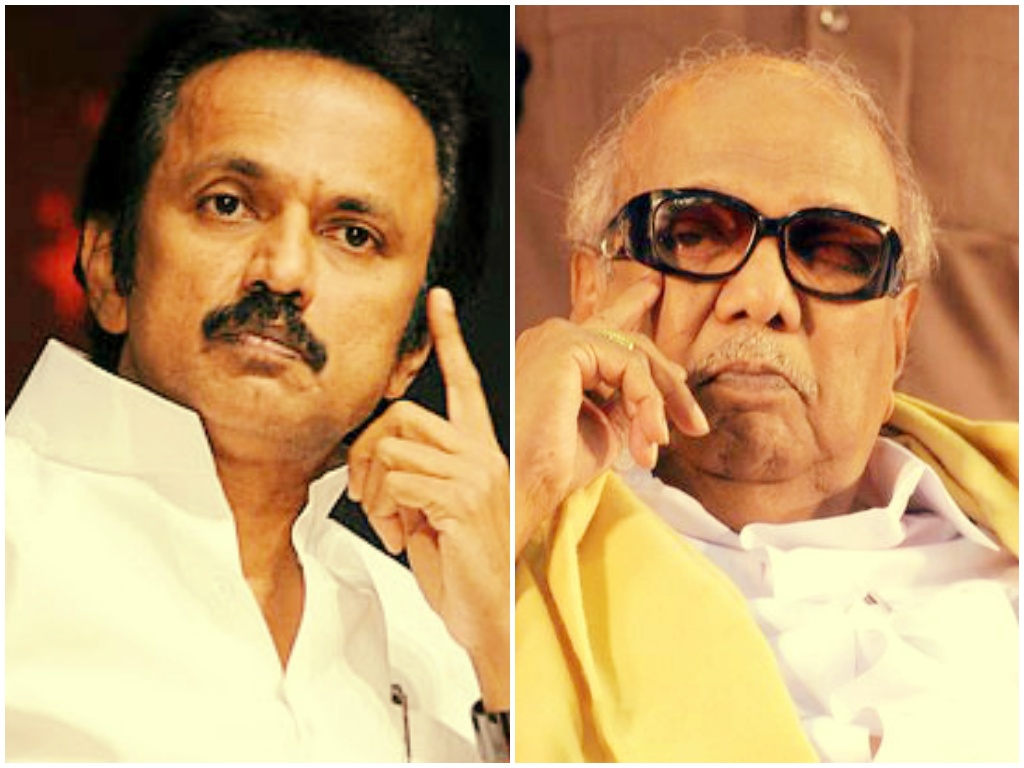 Chennai: FIRs have been filed against DMK President M Karunanidhi and his son and party Treasurer M K Stalin in connection with a clash between their supporters and AIADMK workers in the wake of conviction of Chief Minister Jayalalithaa in the assets case.

Three FIRs were filed at the Royapettah Police Station against the two and several others here last night based on complaint by some AIADMK workers who alleged that a group of DMK workers attacked them with ‘deadly weapons’ near Karunanidhi’s Gopalapuram residence here, police said.

The FIRs were filed under IPC sections 147 (Punishment for Rioting), 148 (Rioting, armed with deadly weapon), 324 (Voluntarily causing hurt by dangerous weapons or means), 336 (Act endangering life or personal safety of others) and 506/2 (Punishment for criminal intimidation), they said.

The clash took place when AIADMK workers protested against DMK and its leaders, alleging that it was their act of ‘foisting’ the illegal Rs 66.65 crore assets case that led to the conviction of Jayalalithaa by a Bangalore special court on Saturday.Â