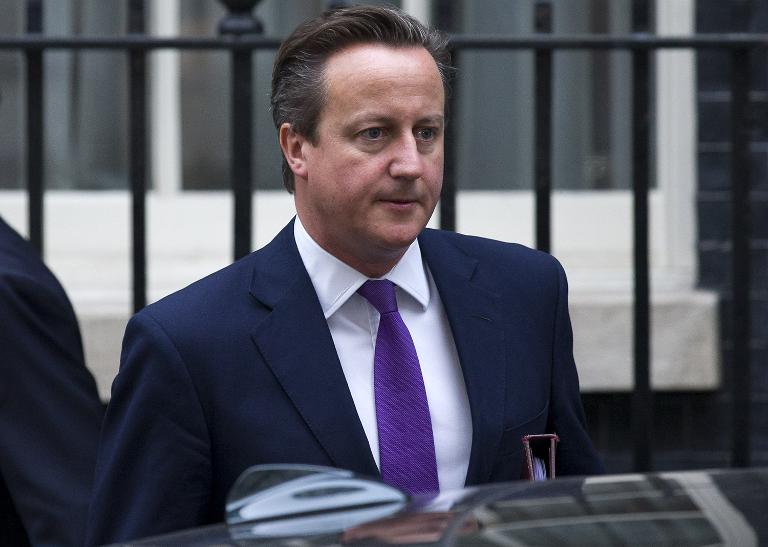 British Prime Minister David Cameron suffered a double blow as a minister resigned in a sex scandal and a lawmaker defected to eurosceptic party UKIP on the eve of the Sunday opening of his Conservative party’s conference.

The events overshadowed a pre-election pitch to offer discount houses to first-time buyers and a vow to cap welfare benefits, intended to set the tone for the Conservative party’s last annual conference before a May general election.

In a surprise announcement, Minister for Civil Society Brooks Newmark stepped down on Saturday after reportedly sending an explicit photo of himself online to a male reporter posing as a young female activist.

The resignation came hours after Tory MP Mark Reckless announced his shock defection to the UK Independence party, as it prepares to challenge a range of parliamentary seats held by Britain’s long-dominant Labour and Conservative parties.

The lawmaker’s announcement was greeted with rapture at the populist UKIP’s annual conference in Doncaster, northern England, where delegates jumped out of their seats cheering the switch.

It was the second such defection from the Tories to UKIP in recent weeks.

“The leadership of the Conservative Party is part of the problem that is holding our country back,” said the 43-year-old Reckless, announcing he would resign his current seat in parliament and fight to be re-elected as a UKIP candidate.

“We all know the problem of British politics. People feel disconnected from Westminster. But disconnected is too mild a word. People feel ignored, taken for granted, over-taxed, over-regulated, ripped off and lied to.”

UKIP topped the British vote at the European Parliament elections in May.

Opinion polls suggest they could take a handful of national seats and thousands of votes from the Conservatives at the May general election, which may increase the chances of victory for the opposition Labour Party led by Ed Miliband.

The government swiftly named lawmaker Rob Wilson the new minister for civil society, after Newmark announced his resignation “having been notified of a story” which was published in a Sunday newspaper.

The 56-year-old married father of five had “sent a graphic picture exposing himself while wearing a pair of paisley pyjamas” to an undercover journalist on a social networking site, tabloid the Sunday Mirror reported.

The double setback could hardly have come at a worse time for Cameron, who brushed off reporters’ questions as he arrived in the central English city of Birmingham for the Conservative party conference.

It overshadowed plans revealed hours before the conference to cap benefits for households and limit welfare for 18-21 year olds to fund apprenticeships — cuts thought to be popular with voters.

In response to increasing pressure from UKIP and the eurosceptic wing of his own party, Cameron has promised to renegotiate Britain’s EU membership terms and hold a referendum on whether to leave the bloc by the end of 2017.

But Reckless, as he announced his defection on Saturday, dismissed this as “a bogus renegotiation followed by a loaded referendum”, and blasted the “insanity” of Britain’s immigration system.

The Conservatives are ruling in coalition with the smaller Liberal Democrats — a source of frustration for the traditional Conservative right, which feels shackled by the centrist party.

Party members reacted angrily to the defection, with one Conservative spokesman describing the move as “completely illogical”.

“He says he wants action on a European referendum, tax and immigration,” the spokesman said.

“The only party capable of delivering on these issues is the Conservative Party — and a vote for UKIP is a vote for Ed Miliband.”

Reckless, a former lawyer and economist, had made a name for himself as one of the Conservatives’ most rebellious backbenchers.

In 2012 he led a rebellion which inflicted the first parliamentary defeat on the coalition, calling for a real-terms cut in the EU budget rather than the freeze the government supported.

Regarding further defections, UKIP leader Nigel Farage said he was talking to other Conservatives but there were also Labour people “deeply frustrated” with Miliband’s leadership.