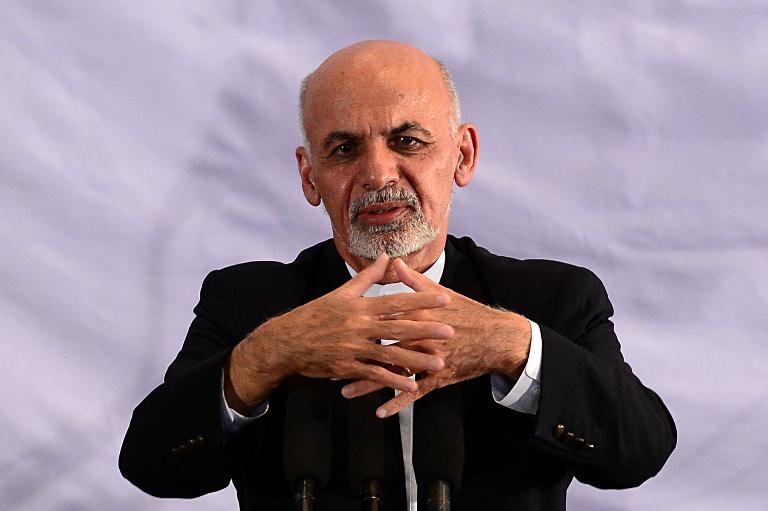 The ceremony will be the country’s first democratic transfer of power — a benchmark seen by international donors as a key legacy of the costly military and civilian intervention since the fall of the Taliban in 2001.

Both Ghani and his poll rival Abdullah Abdullah, a former anti-Taliban resistance fighter, claimed to have won the fraud-tainted June 14 run-off election, tipping Afghanistan into a crisis that threatened to trigger nationwide unrest.

But, under heavy pressure from the US and UN, the two candidates eventually agreed to form a national unity government, and Ghani was declared president after an audit of all nearly eight million ballot papers.

Abdullah will also be inaugurated on Monday as chief executive, a new role similar to a prime minister, in a government structure far different to Karzai’s all-powerful presidency.

Karzai has had a rocky relationship with the US-led NATO military coalition and other international backers who pumped billions of dollars into the war-wrecked country, but he struck a conciliatory tone in his final days in office.

“I can say with confidence that Afghanistan will soon witness peace and stability, and the new president and his government will have your support,” he told ambassadors at a farewell meeting on Saturday.

“Now we see children going to school, roads reconstructed, progress in the health sector and the Afghan flag proudly waving around the world — these are all because of international support and assistance.”

Under the Taliban’s 1996-2001 regime, girls were banned from education and women were not allowed outside unless wearing a burqa and accompanied by a man.

Television and music were also outlawed, and men were beaten for not growing a beard.

Both Ghani and Abdullah are moderate, pro-Western leaders who have vowed to push ahead with the patchy social and infrastructure progress since 2001, but the country still faces a major threat from Taliban militants.

Security problems were underlined on Sunday when a bomb hidden in a vehicle door exploded outside the presidential palace complex, injuring the driver.

Large-scale insurgent offensives have been launched in several provinces in recent months, with the Afghan army and police struggling to recapture lost ground.

NATO operations have scaled back rapidly and its combat mission will finish at the end of this year.

Only 33 NATO bases are still active, down from a peak of 800 — leaving local security forces to battle the Taliban with less and less help.

Monday’s inauguration will open the way for the new government to sign an agreement allowing 12,500 US-led troops to remain into 2015 on a mission to support and train the police and army.

Ghani promised immediately to reverse Karzai’s decision not to sign the deal, and the document is due to be inked on Tuesday.

Since the divisive election, Ghani has stressed he wants to enact major reforms including merit-based selection of all government employees.

He is set to prioritise stabilising the fragile economy, as well as tackling insecurity — though any peace talks with the Taliban seem unlikely in the near future.

“The political transition was a success and all those who predicted it was not possible were proven wrong,” Ghani said Friday.

“We are one people, one country, and there should not be any doubts in our national unity.”

Final results revealed Ghani beat Abdullah 55 to 45 percent in the run-off vote, though the UN said the election had suffered “significant fraud”.

Flags have been erected on the city’s main roads in one sign of preparations underway, and officials have vowed to host an elaborate event as Afghanistan enters a new era.

The schedule and guest list for Monday’s ceremony has not been revealed due to the risk of militant attacks.

Karzai, who was constitutionally barred from a third term in office, has said he is looking forward to retirement, but he is likely to retain an influential role in politics.

Ghani served as Karzai’s finance minister from 2002-2004 and also stood in the 2009 presidential election, picking up just three percent of the vote.