Home Sports Victory needed by both Schalke and Dortmund in derby 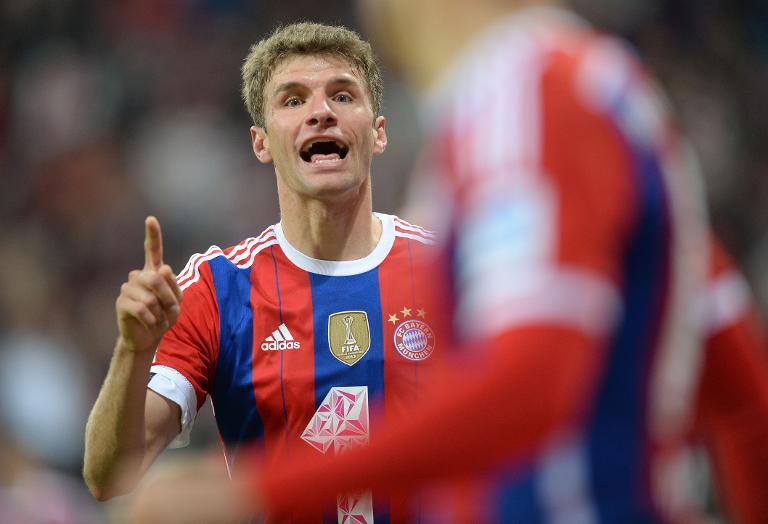 Bayern Munich are right where they want to be atop the Bundesliga after five rounds and ahead of a tough showdown against Cologne this weekend while Schalke and Borussia Dortmund both head into the 145th derby needing a victory.

Munich head to Cologne on Saturday to face a team which had not conceded a goal in their first four games this season until Hanover scored in the midweek round of games.

Bayern are happy about where they are, knowing that the weekend/midweek rhythm is just starting with a match-up against CSKA Moscow coming in the Champions League next week.

“I think we can be satisfied after the first five games. We’ve picked up 11 out of a possible 15 points, three wins and two draws — that’s okay,” said Munich board chairman Karl-Heinz Rummenigge after the teamâ€™s 4-0 victory over the previous surprise leaders SC Paderborn.

“Some people expected a bumpy start after the World Cup. We can be very satisfied with the season to date including the Champions League.”

Bayern winger Arjen Robben said the win over Paderborn was important but the Cologne game matched that in their bid to stay atop the Bundesliga.

“It was really important for us to win and lay down a marker. That’s what we’re aiming for, where we want to be and — much more important — we want to stay there,” said Robben.

The top two challengers at the moment â€“- Bayer Leverkusen and Hanover 96 — both have 10 points and play at teams who have not yet won this season in SC Freiburg and VfB Stuttgart respectively.

Stuttgart sit second-to-last with two points after failing to hold a 2-0 lead at Dortmund in a 2-2 draw midweek. Stuttgart’s troubles â€“- they had scored just one goal going into the Dortmund match â€“- resulted in the sacking of sporting director Fredi Bobic.

“In the end, we probably have to consider ourselves somewhat fortunate to be taking a point. With this performance, we have certainly taken a step in the right direction,” said Daniel Didavi, who scored both goals against Dortmund.

The Yellow-Blacks actually could have beaten Stuttgart but had a shot blocked at the line in stoppage time. In general, though, Dortmund know they cannot give up two goals every game.

“We need more stability in defence. We have already conceded nine goals in five matches which is not just a poor record, it is a very poor record,” said captain Mats Hummels, who came on in the second half for his first action this season.

“We need to defend better as a team, and all eleven players have to play their part. If you concede two goals in each game, as has already happened four times this season, it’s very hard to win.”

And Dortmund need to win, having already dropped four points behind Bayern and three behind Leverkusen and Hanover.

Schalke come into the match having finally won their first competitive match of the season -â€“ a 3-0 beating of Werder Bremen. The Royal Blues have won just one of the last four derbies at home against Dortmund. Manager Jens Keller knows his team will be well served to put together a string of victories to move back up the table. And Dortmund are a perfect opponent for that.

“We don’t need to motivate the players for this match. It’s the biggest derby in Germany. We are all excited for the match,” said Keller, whose team has five points in 13th place.