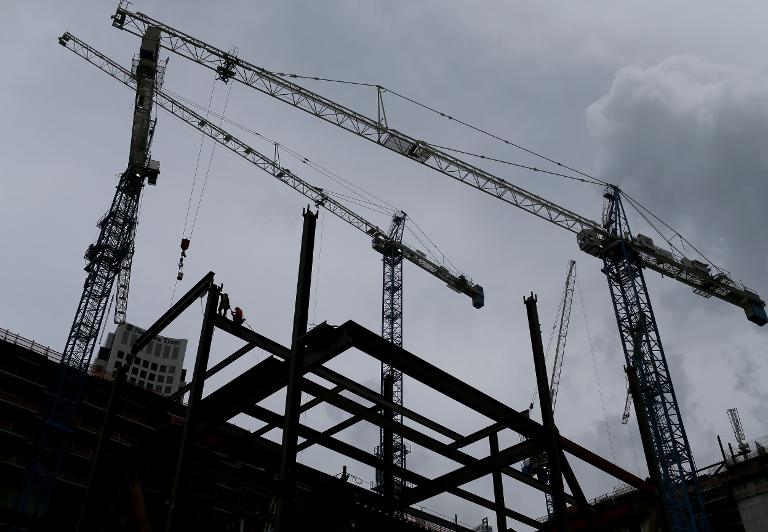 The US economy grew at the fastest pace since 2011 in the second quarter, far offsetting the first-quarter’s dive as the recovery picks up, revisions showed Friday.

The upward revision matched economists’ expectations as data shows the economy is rebounding from the first quarter’s 2.1 percent contraction, blamed in part on unusually severe winter weather that gripped large swaths of the country.

“The American economy is firing on virtually all cylinders and cruising at a decidedly stronger rate than in recent years,” said Sal Guatieri, senior economist at BMO Capital Markets.

The growth update raised the year-over-year rate to 2.6 percent, he said. “That’s a decidedly firmer growth track than the 2.1 percent norm in the first four years of the recovery from the Great Recession.”

Consumer spending, the main driver of US economic activity, rose a moderate 2.5 percent, about double the first quarter’s gain and not significantly changed in the update. An upward revision to spending on health care services was offset by downward revisions to other services.

Business investment jumped 9.7 percent and exports surged 11.1 percent, swinging from a drop of 9.2 percent in the prior quarter.

“International trade will be driving much of the quarter-to-quarter volatility through at least 2015, with declining growth in exports and stronger growth in imports,” said Doug Handler, chief US economist at IHS Global Insight.

“This is due to a strong US economy and the recent and expected additional appreciation in the dollar.”

The report’s key inflation indicator, the price index for gross domestic purchases, accelerated to 2.3 percent from 1.4 percent in the prior quarter.

The personal consumption expenditures price index, the Fed’s preferred inflation measure, rose 1.6 percent in July from a year ago, according to the most recent data.

“Today’s revision confirms that economic growth in the second quarter was strong, and other recent data suggest that this momentum has continued into the subsequent months,” said Jason Furman, head of President Barack Obama’s Council of Economic Advisers.

Furman said, however, there was “more work to do to both boost growth and ensure that growth translates into greater financial security for working families,” reaffirming Obama’s commitment to supporting investments in job creation and encouraging higher worker pay.

Unemployment is a key concern for the Fed. Although the jobless rate has dropped to 6.1 percent and job creation has picked up, a large number of people are out of the job market or underemployed, and wages have remain relatively flat since the severe recession ended in mid-2009.

The report signaled the economy entered the third quarter with solid momentum, although recent indicators have shown some activity cooling, particularly in the housing market.

Moody’s Analytics analyst Scott Hoyt forecast that housing was poised to accelerate as vacancy rates are tumbling and rent growth is picking up.

“Stronger homebuilding is a key to moving GDP growth from its current 3.0 percent rate to the nearly 4.0 percent pace expected by mid-decade,” Hoyt said.

The government’s first third-quarter estimate is scheduled on October 30.

According to the latest Fed projections, the world’s largest economy would end the year at with an annual growth rate between 2.0 percent and 2.2 percent.

“This report fits nicely with our view that the economy will continue to grow at or just slightly below trend this year, after several years of disappointing growth,” said Steven Ricchiuto at Mizuho Securities.