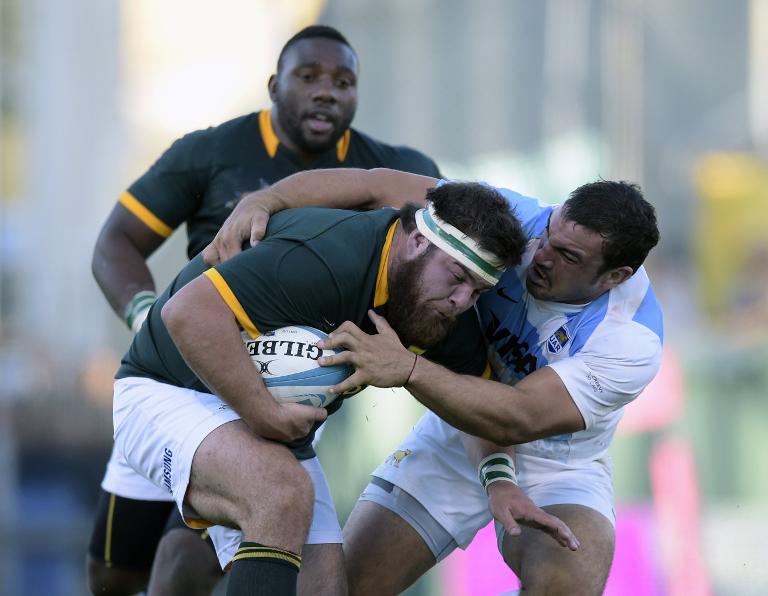 The Springboks are ranked second and the Wallabies third going into the penultimate-round southern hemisphere contest at tradition-steeped Newlands stadium.

But the Wallabies would rise to second behind world champions New Zealand if they can end a 22-year Cape Town jinx.

Since a 26-3 win there in 1992 over opponents making only their second appearance after years of apartheid-induced isolation, the Wallabies have suffered six consecutive losses.

The most one-sided of those reverses came 12 months ago when South Africa completed a home-and-away double with a 20-point triumph.

Australia turned the tables this month with a 24-23 win in Perth that proved anything but a celebration for Springbok wing Bryan Habana as he reached the 100-cap milestone.

He was controversially yellow-carded late in the second half for a tackle on Adam Ashley-Cooper and the Wallabies took advantage to snatch victory via a late Rob Horne try.

South Africa lost again one week later, going down 14-10 to nemesis New Zealand, albeit after a much more passionate, defensively-strong display.

Those losses and Australia being beaten away to New Zealand have left the Springboks and Wallabies six points adrift of the All Blacks with two rounds to go.

And if New Zealand gain an expected win in Argentina later Saturday and collect a four-try bonus point they will seal a third consecutive Championship title.

Given they have the tougher final-round fixture — at home to the All Blacks — South Africa must overcome Australia to have a realistic chance of finishing runners-up for the second successive season.

“This will be a tough outing and we have to fire on all cylinders for the full 80 minutes,” said Springboks coach Heyneke Meyer.

“It is great to be back in South Africa after three tough games on the road and we are looking forward to playing in front of our supporters.

“We have had a couple of great training sessions and there is a definite resolve to improve the quality of our performance on Saturday.”

Australia coach Ewen McKenzie believes the set-piece contests are set to play a crucial role in the outcome of the Test.

“Set pieces are always an important focus for us — even more so when you play South Africa,” said the former Wallaby prop.

“We realise the outcome of the scrums and line-outs will be vital to the final result.

“The Springboks always rise to another level when playing at home and we are under no illusions as to the challenges ahead.

“But we are looking forward to those challenges, in South Africa and in Argentina, as we continue evolving and improving our game.”

South Africa have made two injury-enforced changes to the side that started against New Zealand with scrum-half Francois Hougaard and flanker Teboho Mohoje replacing Ruan Pienaar and Francois Louw.

Meyer has dismissed concerns about run-on debutant Mohoje, a 24-year-old who made his senior rugby debut only this year, being ring rusty.

“His match sharpness is a concern having last played in July, but he is very fit,” said Meyer of a forward expected to play 50 minutes before veteran Schalk Burger comes off the bench.

McKenzie has changed both wings from the team that edged Argentina with Adam Ashley-Cooper and Joe Tomane replacing Peter Betham and Horne.

The other alteration is at hooker with Saia Fainga’a coming in for injured Tatafu Polota-Nau, and the inclusion of experienced prop Benn Robinson is among the bench changes.