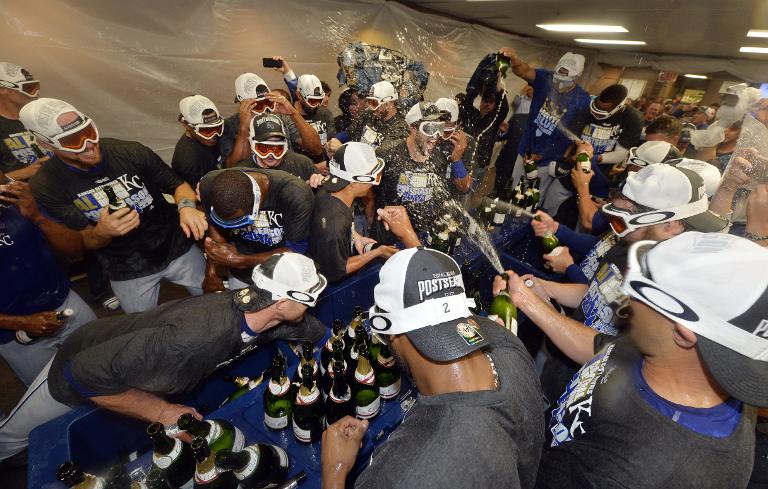 With the win, the Royals assured themselves of at least an American League wild-card spot — their first post-season appearance since they won the World Series in 1985.

Nori Aoki, Lorenzo Cain and Billy Butler each drove in a run in a three-run first inning, and that proved to be all the offense the Royals needed.

Not only are the Royals assured of playing at least the one-game, wild-card round, they are just one game behind the Detroit Tigers in the race for the American League Central division crown, after their victory coupled with the Tigers’ 11-4 loss to the Minnesota Twins.

In Detroit, Brian Dozier went 3-for-5 at the plate with a home run, three runs-batted-in and three runs scored to help Minnesota to the win.

The Tigers could have clinched their fourth consecutive AL Central title with a victory and a loss by the Royals, but now the race will come down to the final two games for each team this weekend.

If they finish tied in the standings, the Royals and Tigers would contest a one-game playoff on Monday for the division crown.