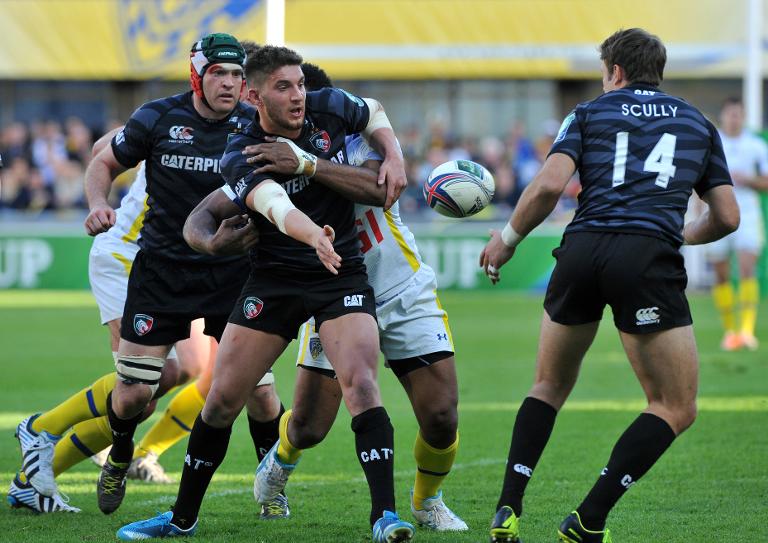 Leicester coach Richard Cockerill has urged his injury-hit side to “show some steel” when they try to bounce back from their shock 45-0 defeat by Bath at home to London Irish in the English Premiership on Saturday.

Last weekend’s loss to in-form Bath was only the second time in Premiership history that the Tigers, one of England’s most successful clubs, had ever been ‘nilled’.

“We need to show some steel and backbone,” former Leicester and England hooker Cockerill told the BBC.

“We need to get out there, do what we do and keep the critics quiet. Those that want to throw mud can throw it, and we will just get on with it.”

Looking ahead to the London Irish match, Cockerill added: “We have a side more than capable of going out and performing on Saturday and getting a result.

“Let’s concentrate on that. Whoever is missing is missing, we can’t control that at this point. We will patch up what we have got and crack on.

“I’m sure they will look at our team sheet and fancy their chances, but we have had that before on lots of occasions and against a lot of sides.”

Meanwhile James Haskell will look to try to play his way back into England contention ahead of next year’s World Cup on home soil when Wasps face Newcastle on Sunday.

Back-row forward Haskell has played in all the loose trio positions but believe he is most effective at openside flanker.

“I’m good friends with Chris, I’ve known him for years and I have the utmost respect for him. He’s been a fantastic captain and is a great player,” Haskell said.

“But I want his shirt, it’s as simple as that. I want Tom Wood’s shirt and any of those in the back row.”

He added: “My favourite position over the last three or four years has been at seven, it’s where I’ve played most of my rugby.

“The people I respect in the game play in that position. In terms of turnovers and impact I’m consistently up there in the Premiership. I fulfil a role there.

“The perception people have of an openside is of a squat guy getting over the ball, but size is irrelevant really.

“If you have someone who has the skill set to do the job, gets around the park and has high involvement, that’s what it’s about.”

“We’ve got Northampton away now, which is a sobering thought,” said Bath boss Mike Ford. “Northampton is a great challenge, but it is only September.”

Saracens, last season’s losing finalists, face Sale on Saturday, while Exeter are at home to Harlequins on Sunday.