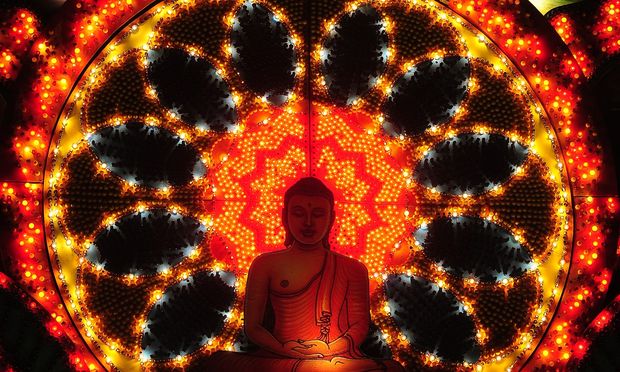 Bodh Gaya (Bihar): The Centre on Saturday announced a slew of measures including launching an air-conditioned train in Buddhist circuit from next year and putting signboards in languages of different countries for non-English speakers to make Bodh Gaya and other places associated with Lord Buddha more attractive for visitors.

All the electric poles would be removed at Bodh Gaya and wires will be placed underground to spruce up the place where Buddha had attained enlightenment, Union Tourism Minister Shripad Naik said at the three-day Buddhists International Festival.

Around 132 delegates from 31 countries including Japan, UK, Russia, Australia, Taiwan, Cambodia, Spain, Sri Lanka and Serbia are participating in the festival that begun on Friday at Bodh Gaya, the famous Buddhist place, about 100 km from capital Patna.

Naik said a fully air-conditioned train would start running in the Buddhist circuit from 2015. The train would have facility of separate kitchen in the train itself in which foreign tourists could cook and enjoy food of their country.

He said a sum of Rs 1,000 crore has been sanctioned for development of Buddhist circuit.

Lumbini, Bodhgaya, Sarnath and Kushinagar in Bihar and Uttar Pradesh are the primary pilgrimage places of Buddhist Circuits associated with the life and teachings of Lord Buddha.

The Union Tourism Minister said presently it has been seen that foreign tourists come here mainly in winter season. But to draw them here in summer season too, fortnight-long country-specific festival would be organised in monasteries of different countries.

Naik said a statue of Lord Buddha would be installed inside the lake at Ghora Katora in Rajgir in Nalanda district. Bihar Chief Minister Jitan Ram Manjhi drew importance of tourism and said if the sector is properly developed it could feed economy of resource-crunched state of Bihar alone.

Manjhi said he would soon meet Union civil aviation minister Ashok Gajapathi Raju for development of Gaya airport and starting flight services from Delhi, Kolkata and Kathmandu to Gaya for convenience of foreign tourists in particular.

The CM said his government has set up tourist police station at Bodh Gaya and deployed a Deputy Superintendent of Police-level officer to deal with vehicular congestion.

Drawing attention towards poor condition of National Highways in the state, Manjhi urged the Centre to reimburse about Rs 1,000 crore to the state which previous CM Nitish Kumar had spent for repair of the NHs from state coffer. This money would be spent for repair of NHs again, he said.

Manjhi said plan was to construct a dam on River Falgu, the venue of “Pitri paksha” (worship of forefathers), which could have 2-3 feet of water throughout the year.

The Bihar CM said due to initiatives of the state government, flow of tourists, both domestic and foreigners have risen astronomically.

He said Akhilesh Yadav government has earmarked Rs 1,008 crore for development of Sarnath to Kusinagar road.

During international Buddhist festival that would end on Sunday, pilgrims, tour operators and others associated with tourism would visit different Buddhist temples and international monasteries at Bodh Gaya.