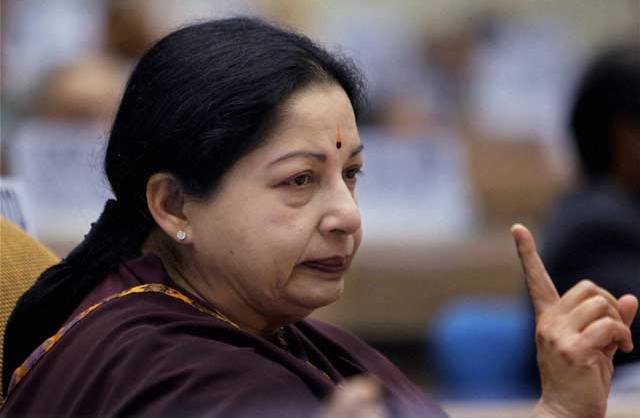 Bangalore:Â  Tamil Nadu Chief Minister J Jayalalithaa was on Saturday sentenced to four years in jail after a Bangalore court found her guilty of corruption. The court has also imposed a fine of Rs 100 crore.

Jayalalithaa, 66, will have to resign as Chief Minister â€“ the Supreme Court ruled last year that a law-maker found guilty of a crime carrying a jail sentence of two years or more stands immediately disqualified from office.

After an 18-year court battle, Judge John Michael Cunha convicted Jayalalithaa and three others â€“ Sasikala and her relatives V N Sudhakaran and J Illavarasi guilty. Sasikala is a close aide of Jayalalithaa.

Jayalalithaa was charged with acquiring assets worth around Rs 66 crore which is disproportionate to her known sources of income.

During her first tenure (1991-1996) as Chief Minister, Jayalalithaa had announced that she would take just Re 1 as her salary. The charge against her was that her assets were around Rs 3 crore in 1991 and had grown to around Rs 66 crore between 1991 and 1996.

AIADMK was voted out in 1996 as it was perceived to be corrupt.

Over 255 prosecution witnesses and over 95 defence witnesses have been heard in the case.

Jayalalithaa was also summoned by the trial court in 2011 and answered over 1,300 questions posed to her by the judge.

This is not the first time in her political career that Jayalalithaa has been convicted by a court. In 2000, a trial court sentenced Jayalalithaa for three years and two years imprisonment in two cases.