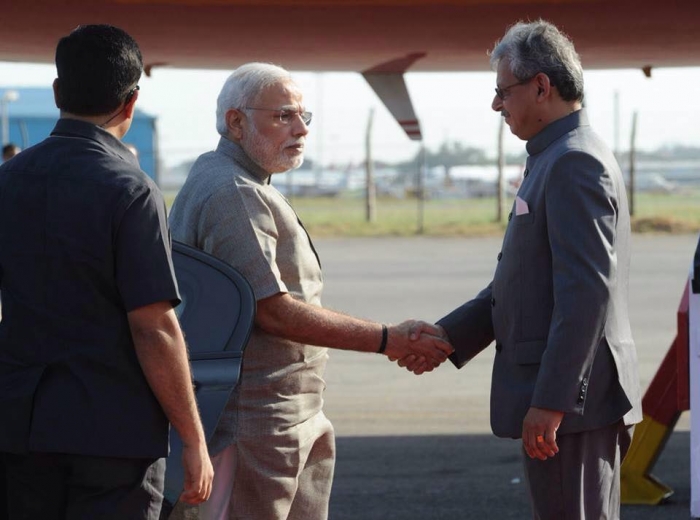 The shadow of Gujarat riots and the NGOâ€™s hounding him may spoil the Â Indian PM Narendra Modi’s grand welcome in New York. The summons came a dayÂ before he touched down on U.S. soil after a nine-year visa ban, a federal court in New York has issued summons against the Indian Prime Minister Narendra Modi for his role in presiding over the anti-Muslim riots in Gujarat during 2002 when he was Chief Minister of the state.

The lawsuit, filed by the American Justice Center (AJC), a non-profit human rights organisation identified among the plaintiffs â€œtwo survivors of the horrific and organised violence of Gujarat 2002â€, and called for a response from Mr. Modi based on the Alien Tort Claims Act (ATCA) and the Torture Victim Protection Act (TVPA).

The summons issued by the Federal Court of Southern District of New York requires Mr Modi to respond within 21 days after it is served.

The summons document, which also alludes to the 21-day deadline, notes that if the Prime Minster fails to answer the attached complaint, â€œJudgement by default will be entered against you for the relief demanded in the complaint,â€ adding that Mr. Modi was expected to file his answer or motion with the court.

The India-American community in the United States is also eagerly looking forward to the Prime Ministerâ€™s visit and has prepared a rousing reception for him.

“The allegations in the case are baseless and similar to other such allegations made in the past against the Prime Minister. A Supreme Court of India-monitored investigation has comprehensively examined and dismissed these allegations as baseless.Â It is unfortunate that vested interests are raking up the matter only to vitiate the atmosphere during the visit.Â Appropriate steps are being taken to address the matter,â€ he added.

Specifically the twenty-eight page complaint filed was said to seek compensatory and punitive damages and â€œcharges PM Modi with committing crimes against humanity, extra-judicial killings, torture and inflicting mental and physical trauma on the victims, mostly from the Muslim communityâ€..

According to a statement by the plaintiffs the ATCA, also known as Alien Tort Statute (ATS), is a U.S. federal law first adopted in 1789 that gives federal courts jurisdiction to hear lawsuits filed by U.S. residents for acts committed in violation of international law outside the US.

Commenting on the summons issued by the John Bradley, a Director at the AJC said, â€œThe Tort Case against Prime Minister Modi is an unequivocal message to human rights abusers everywhereâ€¦ Time and place and the trappings of power will not be an impediment to justiceâ€.

The AJC is scheduled to hold press conference on September 26 to clarify the implications of the lawsuit filed in terms of the legal path ahead in the survivorsâ€™ quest for justice, according to a statement the organisation issued.