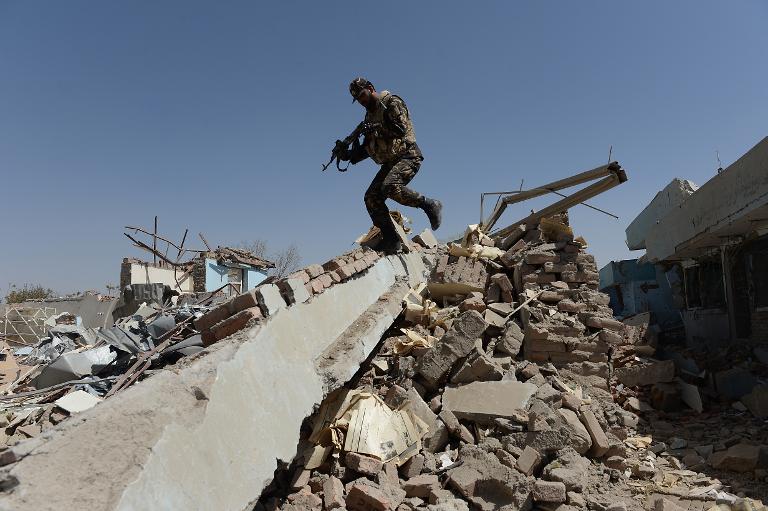 A major Taliban offensive in eastern Afghanistan over the past week has left up to 100 civilians and security personnel dead, 12 of them beheaded, officials said Friday, as violence worsens with the withdrawal of US-led troops.

The latest series of attacks have focused on Ajristan district in the strategically important province of Ghazni, after recent offensives in Kandahar, Helmand and Logar.

“We do not have a precise figure, but we estimate 80 to 100 people were killed over the past one week.

“Heavy fighting has involved hundreds of Taliban against the security forces.

“The condition is very critical in this district. We have been informed by the central government that they have sent reinforcements.”

The Taliban have often beheaded victims in the past, particularly Afghan soldiers and villagers accused of spying, while they also beheaded 17 civilians attending a party in 2013.

Ahmadi said Ajristan was at risk of falling into Taliban control, adding that 60 to 70 homes had been burnt down and that communication with security forces in the district was scarce.

Asadullah Ensafi, deputy police chief of Ghazni — which is located between the capital Kabul and the Taliban heartlands of the south — confirmed details of the offensive and said fierce fighting was ongoing Friday.

The interior ministry in Kabul was not immediately available for comment. The government has said that Afghan soldiers and police have successfully beaten back previous Taliban offensives in past months.

The 350,000-strong Afghan security forces have been trained from scratch since 2001 by the US-led NATO coalition, which is now winding down its war in Afghanistan.

All NATO combat operations will finish by the end of this year, with about 12,000 troops staying on into next year on a follow-up training and support mission.

The three-month election stand-off was finally broken Sunday when a “unity government” deal was agreed, with Ashraf Ghani serving as the next president and his rival Abdullah Abdullah taking up the new role of chief executive.

Ghani was declared winner of the fraud-tainted election, but the margin of victory and turnout was kept secret until Friday over concerns that fraud allegations could trigger violence from aggrieved Abdullah supporters.

At an Independent Election Commission (IEC) ceremony, Ghani was presented with a certificate that confirmed he was the clear winner with 55.27 percent of the ballot in the run-off vote on a turnout of 7.12 million voters.

The exact size of the electorate is unknown but estimated at between 12 million and 13.5 million.

The June 14 election was meant to cap the multi-billion-dollar military and civilian aid intervention in Afghanistan since the fall of the Taliban in 2001.

But it was marred by widespread fraud, repeating serious problems seen in previous elections since the introduction of a nascent democracy after the Taliban era.

The UN-supervised audit invalidated 1,206 of the 22,828 ballot boxes — meaning several hundred thousand votes were thrown out.

The UN mission in Afghanistan described fraud as “significant”, and accusations have been pointed at both campaigns teams as well as outgoing President Hamid Karzai and the IEC itself.

Ghani said on Friday he would prioritise electoral reform to prevent future problems, and he vowed to unite the country after fears that the disputes had revived ethnic divisions of the 1990s civil war.

“The political transition was a success and all those who predicted it was not possible have been proven wrong,” Ghani said.

“We are one people, one country, and there should not be any doubts in our national unity.”

Ghani will be inaugurated in Kabul on Monday in Afghanistan’s first democratic transfer of power as Karzai steps down.