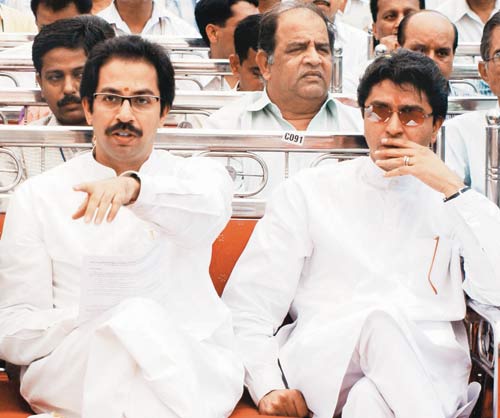 Although both Sena and MNS have officially denied reports, a close member of the Thackeray family confirmed the call was made from Matoshri, Uddhav’s residence, to Raj.

While Uddhav’s first call to Raj was placed before his split with the BJP was formalised, the second one was made after, said sources. “There is no possibility of a pre-poll alliance, but all options are open,” the source said.

Raj was considered the successor to Shiv Sena founder Bal Thackeray, who, in a controversial decision in 2006, selected his son Uddhav instead. Raj left the family to launch his own party, the Maharashtra Navnirman Sena.

Uddhav and Raj, who were seen publicly together when Bal Thackeray died in November 2012, have since then rejected all speculation of a political or familial reconciliation.