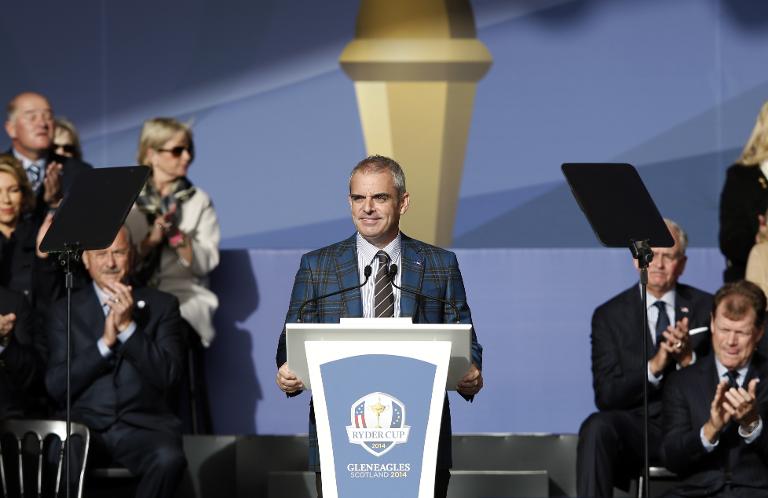 Europe Ryder Cup captain Paul McGinley said his decision to send out four untested pairings for the opening fourballs in the Ryder Cup on Friday morning was a sign of changing times.

After months of reflection and consultations, the Irishman went with Henrik Stenson and Justin Rose to set the ball rolling against Bubba Watson and Webb Simpson.

After that it was Thomas Bjorn and Martin Kaymer against Rickie Fowler and Jimmy Walker, Stephen Gallacher and Ian Poulter versus Jordan Spieth and Patrick Reed, with Rory McIlroy and Sergio Garcia anchoring the morning’s play against Phil Mickelson and Keegan Bradley.

That meant there was no place in the opening skirmishes for establish pairings like McIlroy and Graeme McDowell and Rose and Poulter.

In contrast, US skipper Tom Watson looked to Mickelson and Bradley as well as Watson and Simpson, both of whom enjoyed success at Medinah two years ago.

McGinley had been at pains during the buildup to the action at Gleneagles to stress that he favoured sticking by the template laid down by recent European teams who have won five out of the last six Ryder Cups.

“You move forward, two years down the road, a different view and take on things, and games have evolved in slightly different ways and guys become more experienced.

“We’ll need a guy with a big attitude for that, and I think Ian Poulter fits that bill. Justin and Henrik spent a lot of time together at Lake Nona over the years, know each other very, very well, obviously there during the year.

“And you have Sergio and Rory, who have formed a real bond and friendship and respect for each other’s games, too, during the summer period.

“Things evolve and move. The template doesn’t mean pairings have to be the exact same pairings.”

McGinley also said he had no qualms about not sending out his top player, McIlroy, in the opening match, preferring to send him out fourth.

“That’s not a big deal to be honest. The bottom line is we need to get 14 1/2 points if we are going to win a Ryder Cup and whatever we way we do it, we do it.

McGinley also picked just the one rookie in the opening session with Gallacher, the sole Scot in the European lineup, sure to incite crowd fervour.

The two others – Jamie Donaldson of Wales and Victor Dubuisson of France — will have to wait a few more hours to make their Ryder Cup debuts, but McGinley said that, come what may, they will see action in the afternoon foursomes.

“I just felt that these guys are ready to play foursomes,” he said.