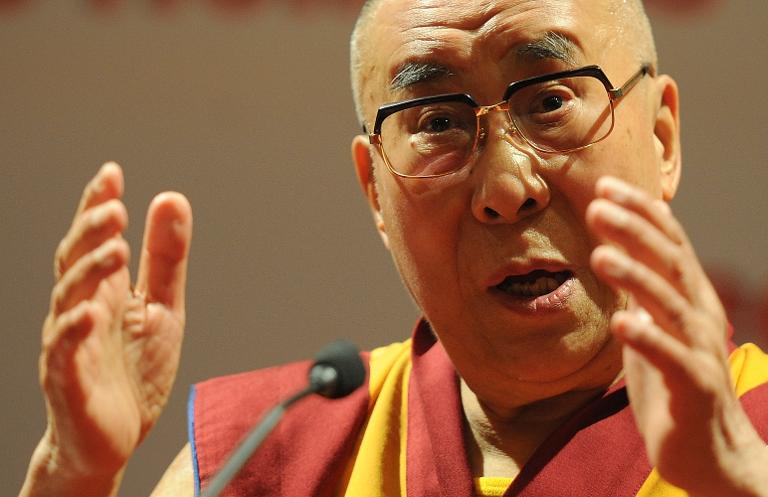 Six Nobel peace laureates will boycott a global summit in South Africa next month after the government refused to grant the Dalai Lama a visa, a spokeswoman said Thursday.

“The Dalai Lama advocates a nonviolent, negotiated solution to the Tibet problem,” the Nobel Women’s Initiative said in announcing the boycott.

Accusing China of putting political pressure on countries to limit the monk’s freedom to travel, it noted “Chinaâ€™s public declaration of thanks for South Africaâ€™s decision to block the spiritual leader from entering South Africa”.

The decision by the six women comes after 14 peace laureates earlier this month sent a letter to President Jacob Zuma urging him to grant the Dalai Lama a visa for what will be the first summit of its kind in Africa.

There was no immediate word on whether the boycott would be joined by other laureates, with the summit organisers in Rome saying they had not yet had an official confirmation from the women.

Previous summits have been held in cities such as Rome, Paris, Chicago and Warsaw.

Tutu, a retired Anglican archbishop who is a friend of the Dalai Lama, has so far avoided commenting on the boycott, with his spokesman referring all queries to the mayor of the host city, Patricia de Lille.

“South African laureates have written to all invitees encouraging them to attend in the interests of strengthening the global peace dialogue, and to send a message that the South African government’s appalling treatment of the Dalai Lama will not go unchallenged,” De Lille said.

Former president De Klerk, who won the Nobel alongside Mandela in 1993, has openly argued against a boycott.

“I think the message has gone out that boycotting the summit would be the very worst way of protesting,” Dave Steward, executive director of the FW de Klerk Foundation, told AFP when the visa refusal was first made public.

“The best way would be to come to the summit and celebrate the 20th anniversary of our democracy and then make any views they want to make known at the summit.”

Before the announcement of the boycott, the organisers said that along with the two surviving South Africans — Tutu and De Klerk — 13 individuals and eight organisations had confirmed that they would attend the summit, including former Soviet president Mikhail Gorbachev.

This is the third time the Dalai Lama has been barred from entry to South Africa, each refusal provoking a public outcry by South Africans who see it as a betrayal of the commitment to human rights embraced by their government after the end of apartheid 20 years ago.

When the monk was refused a visa in 2011 to give a lecture as part of celebrations for Tutu’s 80th birthday, the anti-racism icon described Zuma’s African National Congress government as “worse than the apartheid government”.

The Dalai Lama was also denied a visa in 2009, but had visited three times before that and was personally welcomed by former president Mandela.