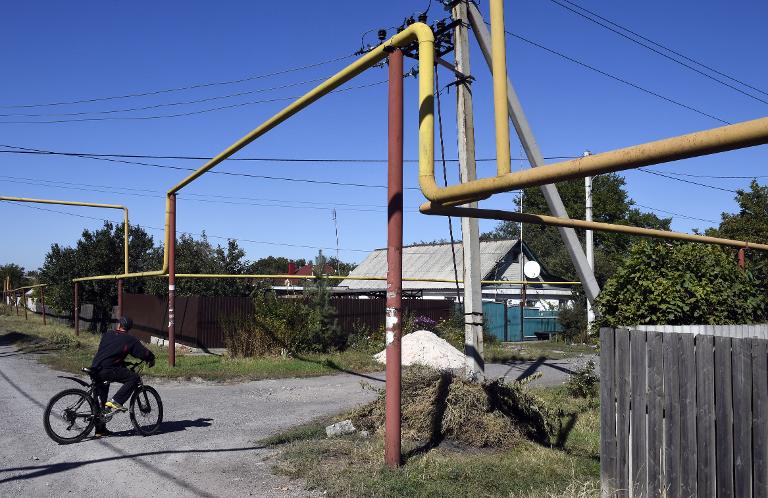 According to the interim agreement, which has to be approved by the governments in Moscow and Kiev, Gazprom is ready to deliver at least five billion cubic metres of gas in the coming months, Oettinger said after he met with both energy ministers in Berlin.

Gazprom will also want advance payments for the new gas at $385 per 1,000 cubic metres — less than the 485 dollars that Gazprom had earlier demanded but more than the price of around $268 it had charged before the change of government in Ukraine.

“We have developed a workable design for a winter package” of measures, Oettinger told a press conference.

Another meeting was planned for late next week in Berlin to endorse the preliminary agreement, the outgoing EU energy commissioner said.

Oettinger had met Russian Energy Minister Alexander Novak and his Ukrainian counterpart Yuriy Prodan in the German capital to try to find a solution to the gas standoff, which in mid-June saw Russia stop deliveries to Ukraine, a major transit country for gas to Europe.

“We negotiated a plan today for the winter with several points” which should allow Ukraine and all European countries that depend on gas transit through that country not to run out of gas for the next six months, he said.

Oettinger called the agreement an “interim solution to ensure supplies until spring”.

Novak told the press conference that “we prepared a plan for the winter that can serve as a basis for solving the problems”.

Ukraine’s Prodan said that “unfortunately we have not been able to arrive at a complete solution”.

Under the deal, Kiev would pay Gazprom $2.0 billion in debts by the end of October and another $1.1 billion between early November and late December.

The $3.1 billion are what Ukraine considers its debt to Gazprom. The Russian energy giant has however demanded 5.3 billion.

An arbitration court in Stockholm is due to decide on the case in coming months, and on whether Ukraine will have to pay the difference.