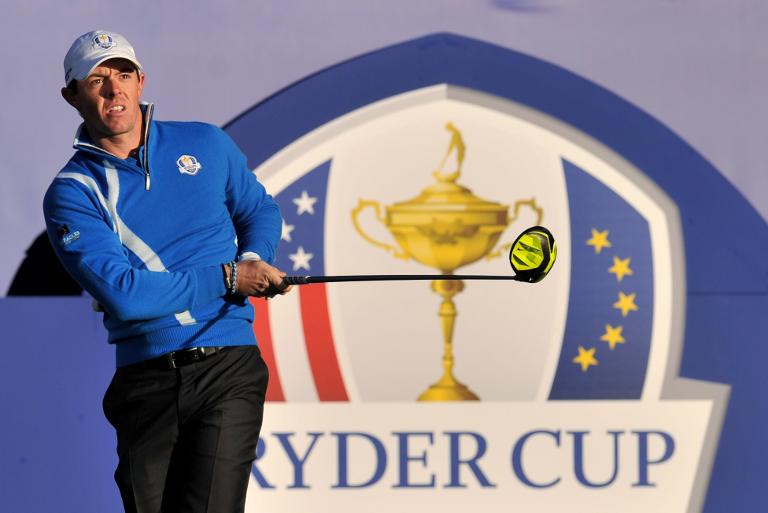 The US duo went 3-0 at Medinah in 2012 in its debut and could become the first American pair to claim four consecutive points in the biennial showdown with Europe since Lanny Wadkins and Larry Nelson in 1979.

“It’s going to be a great match,” McIlroy said. “We’re going to try and hand them their first defeat today.”

McIlroy said Mickelson’s needling about McIlroy having filed a lawsuit against his former management company, one still used by pal Graeme McDowell, will add spice to the encounter.

“Of course it does,” McIlroy said. “Phil likes to get a few jabs in here and there. We let him know we heard them the other night. Hopefully we can do our talking on the course.”

Mickelson, a 44-year-old left-hander with five major titles, made history as the first American to play in 10 Ryder Cups, one shy of Nick Faldo’s all-time record.

Mickelson was in his 39th overall game and 17th in the fourballs format, both US records.

McIlroy and Garcia became the fourth first-time pairing used by Europe, a move also used in the opening fourballs in 2010 at Celtic Manor, when McIlroy was a first-session loser to Mickelson and Bradley.

Thousands of fans chanted McIlroy’s name as he waited at the first tee.

Bradley opened by finding the right rough and Mickelson followed by hitting into the fairway. Garcia went into the first cut of lower rough while McIlroy was long and in the fairway with his new driver.