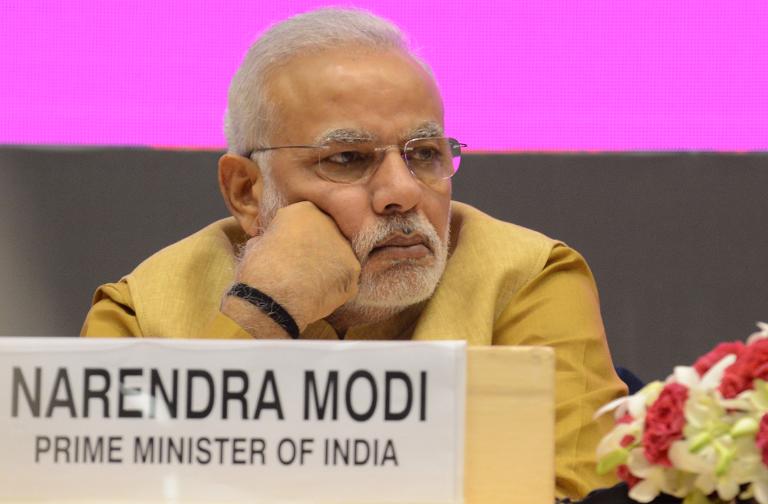 A New York court has ordered Narendra Modi to answer allegations of “attempted genocide” over deadly anti-Muslim riots, a rights organisation said Friday, as he began his first US visit as India’s prime minister.

The complaint relates to anti-Muslim violence that left at least 1,000 people dead in 2002 in the western Indian state of Gujarat, where Modi served as chief minister before he was elected prime minister in May.

Modi denies any wrongdoing and the Indian courts have cleared him of all charges, but he remains tainted by the episode.

Lawyers for rights group the American Justice Center (AJC) filed a civil case on Thursday seeking damages from Modi for what they call “attempted genocide”.

“It is clear that justice for the plaintiffs cannot be obtained in India because of the condoning of this genocidal act of state-sanctioned terrorism,” reads the petition, issued by the AJC and unnamed survivors of the riots.

The AJC said the court had issued a summons ordering him to respond to the charges within 21 days. Under US law, a court can decide on action if a defendant does not reply to a summons within that time.

The 28-page complaint charges Modi with committing crimes against humanity, extra-judicial killings, torture and inflicting mental and physical trauma on the victims, mostly from the Muslim community.

Modi, a Hindu nationalist, was blocked from obtaining a US visa in 2005 over the allegations, which he has always denied.

He is due to arrive in New York later Friday, where he will address the UN General Assembly before heading to Washington for talks with President Barack Obama.

A copy of the one-page summons provided by the AJC named Modi as the defendant, describing him as “a national and citizen of India, Prime Minister and ex Chief Minister of Gujarat”.

“A lawsuit has been filed against you,” said the summons, which was signed by the clerk of the court.

“Within 21 days after service of this summons on you… you must serve on the plaintiff an answer to the attached complaint.

“If you fail to respond, judgment by default will be entered against you for the relief demanded in the complaint.”

Although the AJC was named as one of the four plaintiffs, the others were not identified.

The United States and European powers boycotted Modi for more than a decade after the riots, but have been left with little choice but to embrace him after his Bharatiya Janata Party (BJP) won a landslide election victory.

Modi has pledged national unity since taking power, but some members of religious minorities still fear a rise in communal tensions under his government.

Although he has been cleared of wrongdoing, the failure of his administration to control the violence and his refusal to apologise left a legacy of distrust and suspicion.

The general secretary of the BJP said it had only heard about the summons through the media.

“This has not been communicated formally to us. There is no clarity at the moment,” Muralidhar Rao told reporters in the Indian capital New Delhi. “What I can say is, this is unprecedented.”

The AJC describes itself as a non-profit human rights organisation established to bring perpetrators of mass violence and genocide to justice.

It said it filed the suit under the Alien Tort Claims Act and the Torture Victim Protection Act.

Singh was targeted by a New York-based group calling itself Sikhs For Justice over violence against the religious minority.

Thousands of Sikhs were killed in India in 1984 in riots that erupted after prime minister Indira Gandhi was assassinated by her Sikh bodyguards.

The complaint said Singh — himself a Sikh — had shielded members of his Congress Party from accountability.