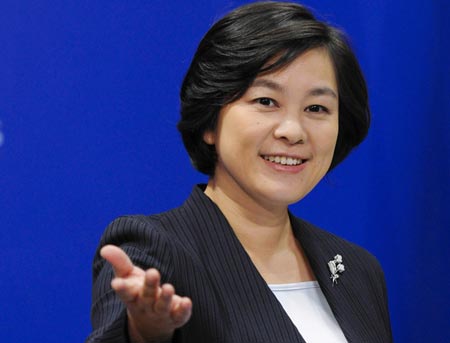 Beijing: With the standoff in Ladakh region resolved, China said the two sides can now maintain peace and tranquility in the border area on Friday. Now they hope to implement the consensus reached by leaders of the two countries to jointly build closer developmental partnership.

She was replying to the announcement made by Swaraj in New York that the standoff at Chumar, which started two weeks back, has been resolved.

Swaraj said withdrawal of troops from the area will begin on Friday and be completed by September 30.

Hua said with regard to standoff issue at the China-India border area, the two sides have the willingness and sincerity to maintain peace and tranquility.

“The two sides also have a working mechanism on the consultation of the border issue. The relevant people have effectively managed and control the incident through communication,” she said.

There was sense of relief here about the agreement reached by the two sides to end the standoff as it took place during the key visit of President Xi Jinping to India.

As the two sides grappled to resolve the incident, China played it down saying that it was not a significant issue in the overall contest of Sino-India relations.

On the talks between Swaraj and Chinese Foreign Minister Wang Yi, Hua said besides discussing the standoff issue, they also exchanged views on bilateral relations.

“Wang said President Xi has just concluded a successful and historical visit to India which advanced the friendship between the two leaders and two peoples,” Hua stated.

“So Sino-India relations are now embracing an important opportunity for the further development. So the two sides should implement the consensus reached by the two leaders and jointly build closer developmental partnership,” she said.