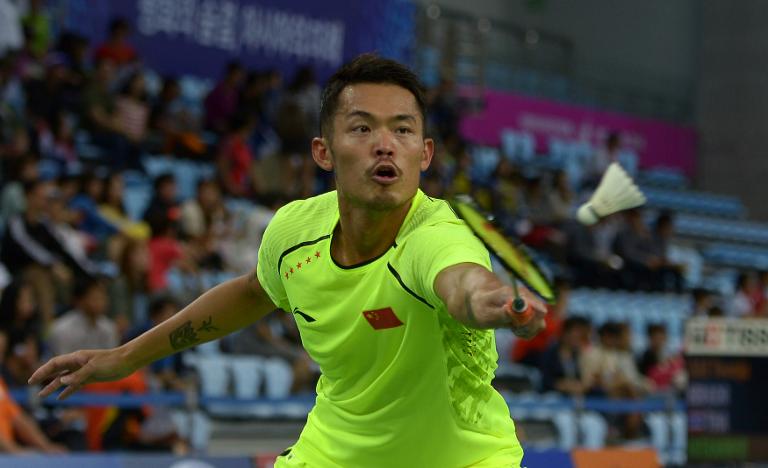 Badminton superstar Lin Dan was again made to work before moving one match away from a likely Asian Games showdown with Malaysia’s world number one Lee Chong Wei Friday.

While Lee thrashed Commonwealth Games champion Parupalli Kashyap to reach the quarter-finals, Lin had to come from behind in both games before beating Hong Kong’s Hu Yun 21-16, 22-20.

The Chinese Olympic champion also had trouble putting away South Korea’s Lee Dong-Keun in the first round and he said he was not looking ahead to the expected semi-final with Lee.

“I was able to be patient and come back from behind,” said Lin, 30, who is the defending Asian Games champion after beating Lee in the 2010 final.

“No player can guarantee that they will win every match. That’s why I keep training every day. I’ll do my best.”

Lin will take on either Japan’s Kenichi Tago or Taiwan’s Hsu Jen Hao in his quarter-final, while Lee faces Vietnam’s Nguyen Tien Minh.

“I’m not thinking ahead to the semi-final — tomorrow I have a quarter-final… and I’m focusing myself on that,” said Lee.

The world-class performance came despite the globe-trotting Lee’s intense homesickness for his wife and baby son during the long stint in Incheon.

“Every day I FaceTime my son and my wife — I still have 10 days here, I go back and then to Denmark and France again. I miss my wife, son and family,” he added.

China’s Chen Long beat Kento Momota to gain a chance for revenge against South Korea’s Son Wan-Ho, who shocked the world champion as the hosts won gold in the men’s team event.