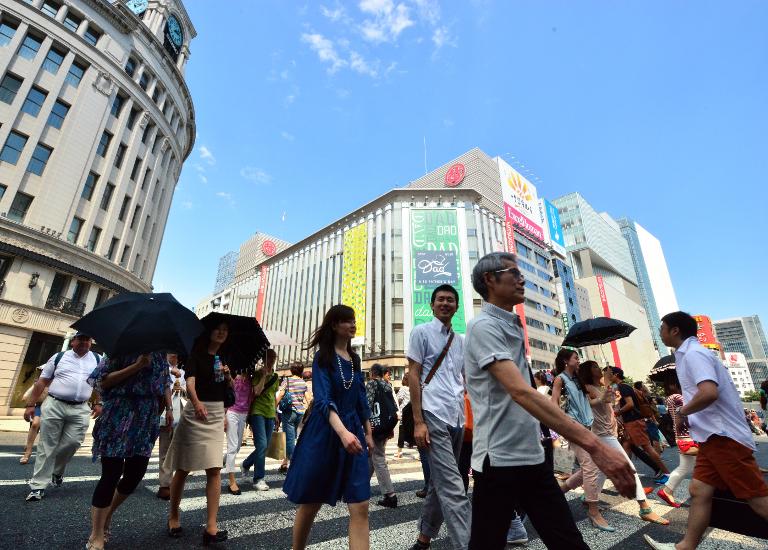 Standard & Poor’s said Thursday that it had affirmed its long-term sovereign credit ratings on Japan at ‘AA-‘ but the outlook remained negative, despite efforts to boost the nation’s growth, dubbed Abenomics.

“Our ratings on Japan balance the country’s strong external position, its prosperous and diversified economy, political stability, and its stable financial system against a very weak fiscal position that the country’s ageing population and persistent deflation exacerbate,” S&P said.

The Japanese economy had been on the upswing as Prime Minister Shinzo Abe’s blitz to spur growth helped sharply weaken the yen, giving a lift to exporters’ profitability and driving a stock market rally last year.

A huge monetary easing campaign by the Bank of Japan was a cornerstone of the programme, aimed at overcoming years of deflation.

But economists warned that strong growth was taking a hit as Tokyo raised its consumption tax to 8.0 percent from 5.0 percent — the first rise since the late 1990s.

S&P said the outlook on the long-term ratings remained negative, which “reflects our view of the still-sizable risk of a slow return to sustained inflation and healthier economic performance”.

It added: “Following several quarters of strong growth, the economy contracted sharply in the wake of the sales tax hike in April 2014.”

Japan’s economy shrank 1.8 percent on-quarter in the three months to June, worse than the initially estimated fall of 1.7 percent.