Home Politics Modi to meet a galaxy of leaders in US 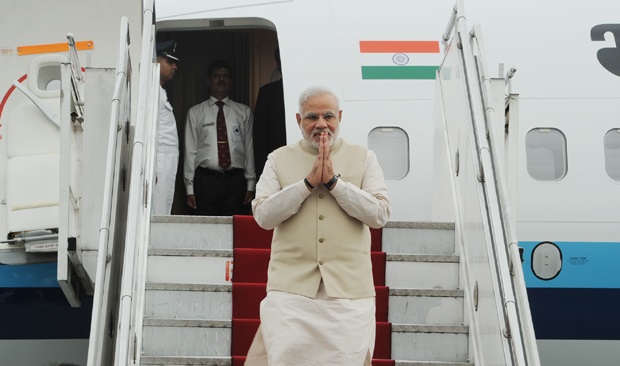 New Delhi: Prime Minister Narendra Modi will leave for the US on Thursday, for the five-day visit which will see him attending 35 official engagements.

He will address the 69th session of the UN General Assembly in New York on Saturday and address the Indian diaspora at Madison square gardens on Sunday.

Modi’s speech at the UN General Assembly is expected to address expansion and reform of the UN Security Council. India is one of the largest contributors to the UN peacekeeping force.

This is Modi’s maiden visit to the US as Head of Government and this will also be his first interaction with President Obama, with whom he will have dinner on the 29th followed by a summit meeting on the 30th.

Trade and investment, energy, science and technology, defence and security are expected to be the areas of focus during their talks. Both sides would seek to give much-needed impetus to the flagging bilateral relationship during the meeting.

Modi will interact with CEOs of Fortune 500 American companies, including Boeing, Pepsico, Google, General Electric and Goldman Sachs among others and also hold one-on-one meetings with some of them.

The Prime Minister will pay homage at the 9/11 memorial in New York and meet 300 members of the Indian-American business community.