Home Sports Juve on top as pressure grows on Benitez 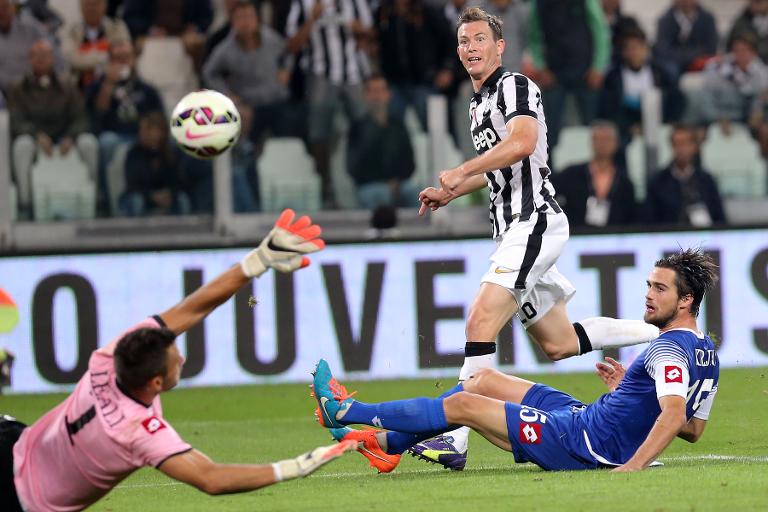 A brace from Arturo Vidal and a late Stephan Lichtsteiner strike in a 3-0 defeat of Cesena sent Juventus top of Serie A on goal difference as the pressure grew on Rafael Benitez after Napoli drew 3-3 with Palermo.

Roma, along with Juve the only other team with a perfect record in Italy’s top flight, thanked Miralem Pjanic’s free kick two minutes from time for all three points in a 2-1 win away to Parma.

Inter Milan moved up to third thanks to a 2-0 home win over Atalanta while Sampdoria’s solid start was given a boost by a 2-1 home win over Chievo which left Sinisa Mihajlovic’s men fourth.

Champions Juventus sit top on 12 points from four games with Roma second due to inferior goal difference and Inter in third, four points off the pace but one ahead of city rivals Milan, who could only manage a 2-2 draw away to promoted Empoli on Tuesday.

Vidal gave Juve an 18th minute lead from the penalty spot after Roberto Pereyra’s shot came off the arm of midfielder Emmanuel Cascione.

With Giovinco stepping in for Carlos Tevez, it was a case of little and large for Juve up front with the diminutive striker partnering towering Spaniard Fernando Llorente.

Just after the half hour Llorente spun on Patrice Evra’s low drive only to send his effort just wide, although it was Giovinco who came closest to adding Juve’s second on three separate occasions.

Juve finally settled their nerves in the 64th minute when Vidal had time to control on the edge of the area before beating Leali with a precision strike — another reason why the Chilean is reported to be a target for English giants Manchester United.

Lichtsteiner put the icing on the Juve cake with a fine angled strike after Simone Padoin sent the Swiss wingback through with a defence-splitting pass five minutes from time.

At Parma, Adem Ljajic gave Rudi Garcia’s visitors a 27th-minute lead when he ran on to Francesco Totti’s sublime chip to fire a half-volley through the legs of ‘keeper Antonio Mirante from 10 yards.

Paolo De Sceglie levelled with a header from a corner on 56 minutes and although a superb tackle from defender Felipe stopped Alessandro Florenzi in his tracks in the 80th minute the Brazilian’s foul on Mattia Destro gave away the free kick which allowed Bosnian forward Pjanic to step up and beat Mirante with a well-placed curler.

“Parma are not an easy team to beat and they were playing very defensively, but we had a great first half and used our possession well,” said Garcia.

“The players need to be congratulated, not me. They were great.”

Napoli’s title hopes have been compromised by a shaky start to the season and the future of Benitez now looks uncertain after Palermo managed to claim their first draw against the Partenopei in four years.

However Benitez played down speculation on his position as coach: “Am I at risk? No, I don’t feel at risk.”

Kalidou Koulibaly headed his maiden Napoli goal after just two minutes and soon after Duvan Zapata fired into the top corner from Marek Hajmsik’s lay-off after a midfield interception.

However goals from Andrea Belotti and then Franco Vazquez had levelled the score by 24 minutes and despite Jose Callejon hitting a third for Napoli on the stroke of half-time Belotti hit his second just after the hour to stun the hosts.

“The positive side is we scored thee goals, the flip side is we also conceded three. I think we’re missing a little serenity,” added Benitez.

Pablo Dani Osvaldo, who replaced injured striker Mauro Icardi after 25 minutes, scored arguably the goal of the night with a superb volley to beat Marco Sportiello in the Atalanta goal on 40 minutes, although Hernanes’ rocket free kick three minutes from time was a close second.