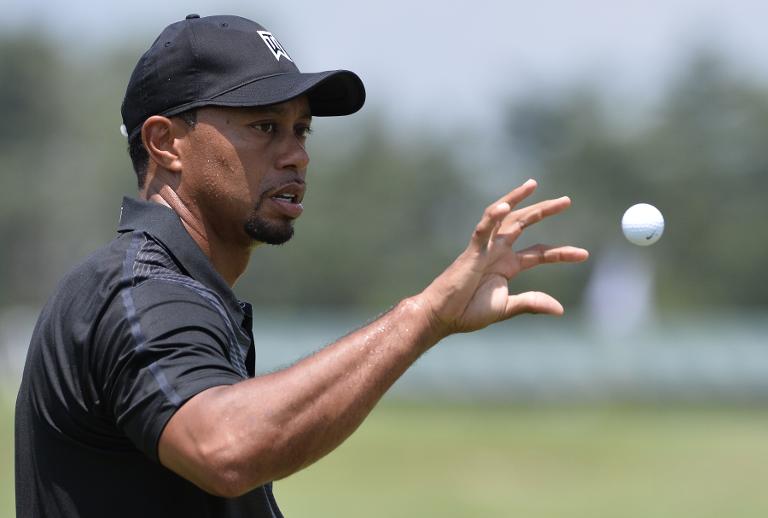 Injured star Tiger Woods has 14 major titles and 79 career PGA crowns, second-most all-time in both areas, but when it comes to Ryder Cups, he’s only a one-trophy wonder.

The former world number one, who turns 39 in December, is absent from this year’s Ryder Cup, back surgery in March to ease a pinched nerve having caused him to miss most of the rest of the season and tell US captain Tom Watson not to consider him as a captain’s pick.

“The US team and the Ryder Cup mean too much to me not to be able to give it my best,” Woods said. “I’ll be cheering for the US team. I think we have an outstanding squad going into the matches.”

Watson says the Americans miss Woods’ intimidation factor, which has dimmed of late due to recent injuries and his eight-year major win drought.

“I said right from the beginning, I would love to have Tiger on the team,” Watson said. “He brings an element of intimidation. Even though he’s not on the team, he is here in spirit.”

While Woods ranks second to the all-time major win mark of 18 by Jack Nicklaus and career win mark of 82 by Sam Snead, he has found little success in the Ryder Cup.

The only winning side Woods has played for was the 1999 squad that rallied for 8 1/2 points in singles to edge Europe 14 1/2-13 1/2 at Brookline. He missed the 2008 US team that won in Valhalla with an injury after winning his most recent major, the 2008 US Open at Torrey Pines, on a broken leg.

Woods was still an teen amateur in 1993 when Watson guided the Americans to a Cup victory in England, the most recent US triumph on European soil as this week’s showdown in Scotland is set to begin at Gleneagles.

Woods has a 13-17-3 (win-loss-halved) Ryder Cup record. Only Phil Mickelson has more losses, 18 as he enters his 10th Cup start, three more than Woods.

“I’ll tune in to the Ryder Cup to see how our guys do,” Woods said in a blog posting last week on his website.

“I think Tom Watson made three great captain’s picks. Hunter Mahan hits the ball on a string and is one of the best ball-strikers out here. And when he putts well, he wins, hands down.

“Webb Simpson is a great grinder. He’s a great person to have in these team events because he can get up and down and make putts. And Keegan Bradley is just a ball of energy. He’s the guy you want on the team because he’s fired up.”

Little mention has been made of Woods this week at the Cup, although British star Justin Rose was asked about racial diversity in golf and said the full measure of Woods’ impact on developing elite talent and wider fan followings has yet to be fully seen.

“It is reflected a lot of times of who the kids see on TV and I think there’s going to be a bit of a lag effect obviously with the Tiger effect,” Rose said.

“I think the people he has encouraged to start playing the game, I’ve definitely seen a huge change in the States, especially with people coming out to watch golf. There’s a great mix of people out there and that’s fantastic for the game.

“I just think there could be a 15-, 20-year cycle before we see the real impact, certainly of what Tiger has been able to do to the game and some of the changes he’s been able to make.”