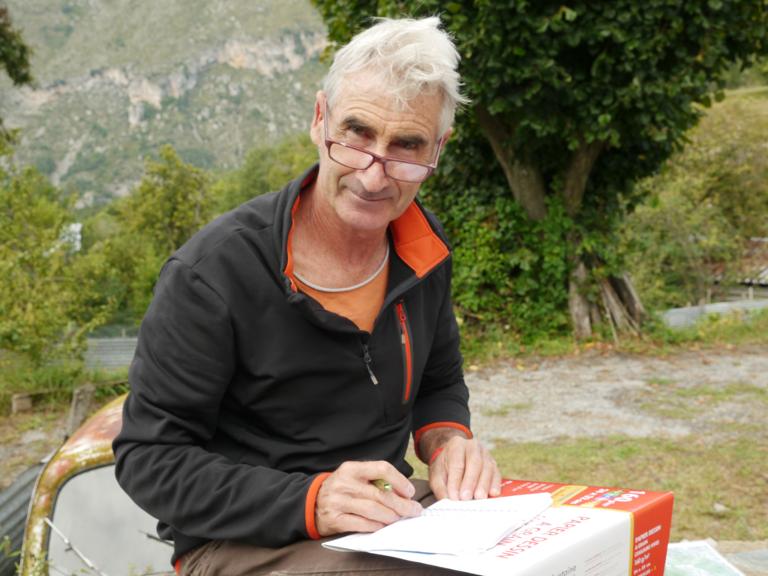 President Francois Hollande was to convene an emergency meeting of his defence council Thursday with renewed determination to fight Islamic State extremists after the “cowardly” beheading of a French hostage in Algeria.

As France grieved the loss of 55-year-old Herve Gourdel, Hollande vowed the country would “never give in to blackmail” after the militants demanded an end to French military operations in Iraq.

“The fight against terrorism must continue and be stepped up,” he told the United Nations General Assembly.

France was opposed to the 2003 US-led invasion of Iraq but was one of the first to sign up for an active role in the campaign against the IS group that has rampaged through large areas of Iraq and Syria.

Paris has six Rafale fighter jets and just under 1,000 soldiers based in the United Arab Emirates and on Friday carried out its first air strike on IS targets in Iraq, destroying a logistics depot.

Foreign Minister Laurent Fabius said that “everything would be looked at again” at the crisis defence meeting, including “what we want to do in Iraq and what will happen in Syria.”

Defence Minister Jean-Yves Le Drian said French combat jets were in the air on Thursday morning over Iraqi skies and could strike at any moment.

“We have to continue. With force and determination,” Le Drian told RTL radio.

France has vowed to conduct aerial operations against Iraq in support of local forces fighting IS but has stressed it will not deploy ground troops, nor will it expand operations to Syria, as the United States has done.

US, Saudi and Emirati warplanes bombed oil installations in eastern Syria overnight in a bid to cut off a significant source of funding for the IS group.

However, Le Drian seemed to open the door to possible action in neighbouring Syria, saying it was “a question that had to be asked.”

Nevertheless, the minister stressed it was “an opportunity that is not on the table today. We have an important task to carry out in Iraq.”

Gourdel’s public execution at the hands of IS-linked group Jund al-Khilifa, or “Soldiers of the Caliphate,” sparked global outrage and an outpouring of grief and anger in France.

Flags flew at half-mast in his home town of Nice, as residents expressed their shock at the violent end of one of their citizens.

“I was very worried. I’ve been crying for two days,” said Patrick, a friend and neighbour.

The deputy mayor of the French Riviera resort, Christian Estrosi, visibly moved, told reporters that the country had been plunged into “national mourning”, after he met Gourdel’s relatives late Wednesday.

“It’s a terrible shock” for the parents, he said, adding that the family had reacted to Gourdel’s death “with dignity, anger and an unspeakable pain.”

Gourdel was kidnapped on Sunday while hiking in a national park that was once a magnet for tourists but later became a sanctuary for Islamists.

His abduction came shortly after the IS group urged militants to “kill a disbelieving American or European — especially the spiteful and filthy French.”

Further north in Saint-Martin-Vesubie, where Gourdel worked as a guide in the Mercantour national park, mayor Henri Guige said he was “shocked”.

“For me, this is a war in which they are attacking civilians, the innocent,” he told AFP.

A passionate photographer and mountaineer, Gourdel liked going off the beaten track, though he was always careful, his friends said.

Close friend Laurent Geny described him as someone who is “profoundly good, very humane and who loves the Maghreb culture”.

“No one deserves to go through that. But him even less because he knew the Maghreb well, he had strong links with the Maghreb,” he added.

Gourdel had for years trained mountain guides in Morocco.

Prime Minister Manuel Valls vowed: “France will never give in to terror. Today, the whole country is grieving but united around our values, around that which, more than ever, defines France.”