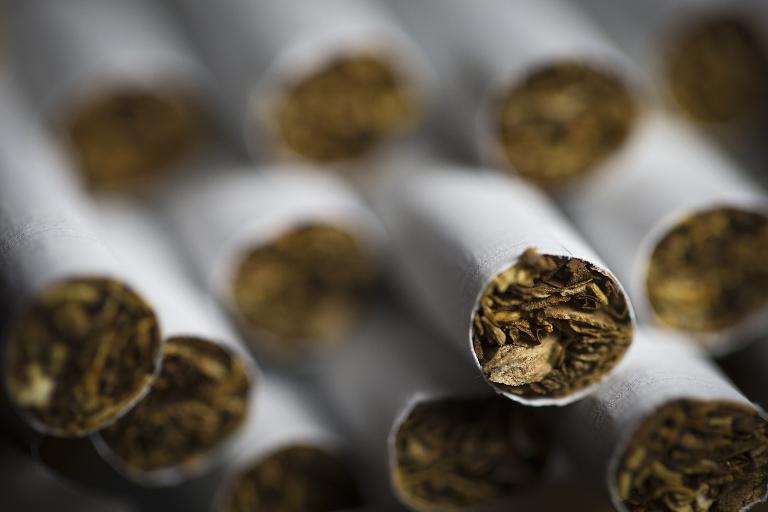 France said Thursday it would introduce plain cigarette packaging and ban electronic cigarettes in certain public places, in a bid to reduce high smoking rates among the under-16s.

“In France, 13 million adults smoke on a daily basis. And the situation is getting worse. The number of smokers is growing, especially among young people,” said Touraine.

“We can’t accept that tobacco kills 73,000 people every year in our country — the equivalent of a plane crash every day with 200 people on board,” she added.

France has one of the highest rates of under-16s smoking in Europe and, in addition to the plain packaging measures, Touraine also announced that smoking would be banned in playgrounds and in cars with passengers under 12.

But France wants to go further and follow Australia’s example, to the fury of the tobacco companies.

Celine Audibert, spokeswoman for French firm Seita, which is a subsidiary of Imperial Tobacco, slammed the move as “completely incomprehensible”.

“It’s based on the Australian experience which, more than a failure, was a complete fiasco,” added Audibert.

In 2012, Australia forced all cigarettes to be sold in identical, olive-brown packets bearing the same typeface and largely covered with graphic health warnings.

Experts say it has helped curb consumption, although tobacco companies dispute this.

It also raised taxes, pushing prices up and consumption down. Tobacco clearances, an indicator of tobacco volumes in the Australian market, fell 3.4 percent in 2013 relative to 2012.

Unlike Australia, however, French brands will remain on the packets “but limited to a very discreet and defined size, always on the same place on the packet,” according to the plan.

E-cigarette use has rocketed in France, with statistics published by the French Observatory for Drugs and Addiction (OFDT) estimating that 18 percent of French people between the age of 15 and 75 had tried them.

Touraine acknowledged that “it’s better to vape than to smoke” but stressed: “For a young person who has never smoked, an electronic cigarette can become a way in to smoking.”

E-cigarettes will be banned in locations where young people gather — schools, for example — as well as on public transport and in enclosed workspaces.

In addition, advertising of the popular e-cigarettes will be restricted, then banned completely from May 2016 except at the point of sale and in trade publications.

A federation representing e-cigarette sellers (Fivape) said the decisions taken were “absurd” because “it places the electronic cigarette at the same level as tobacco.”

Smoking is the main cause of death in France, with 73,000 people dying each year of tobacco-related illnesses.

Approximately 13 million people smoke in France every day, out of a total population of around 66 million.

“We can no longer accept this scourge which kills 20 times more people than road accidents, while it is avoidable,” Touraine said.

The aim is to reduce this number by 10 percent over five years.

Anti-tobacco campaigners hailed the measures, with Yves Bur, president of the anti-tobacco alliance saying that plain packaging was a “nuclear bomb for cigarette manufacturers.”

Jacqueline Godet from the anti-cancer league said her organisation had been “waiting for a vision to fight against tobacco for a very long time.”