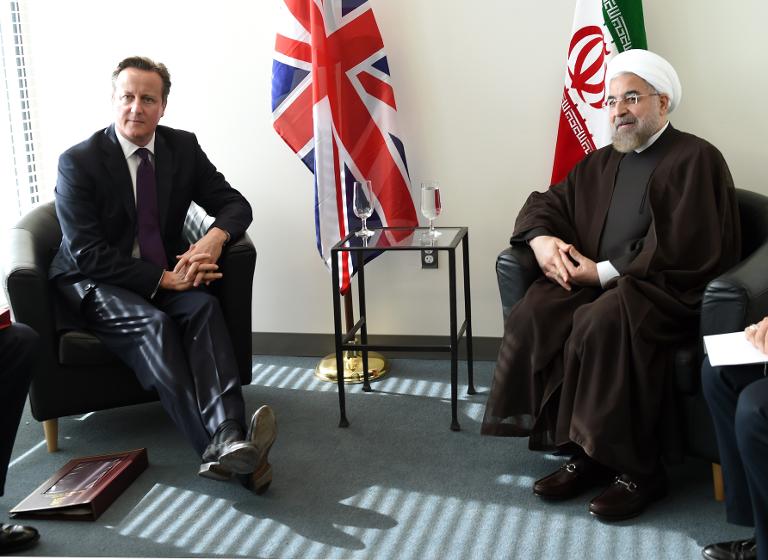 British Prime Minister David Cameron said Iran could be “part of the solution” in defeating jihadists in Syria after he held landmark talks with Iranian President Hassan Rouhani.

Addressing the UN General Assembly, Cameron said Britain had “severe disagreements” with Iran but that Tehran “should also be given the chance to show it can be part of the solution, not part of the problem.”

“Iran’s leaders could help in defeating the threat from ISIL,” Cameron said, referring to the Islamic State movement that has rampaged through Syria and Iraq.

Iran, a Shiite clerical regime, is a staunch foe of the jihadists and has supported Iraq’s Shiite leaders. But it has also backed Syrian President Bashar al-Assad, a secular leader from the Alawite sect, whereas Western powers have demanded that he step down.

Cameron also made clear his criticisms of Iran, which has had tense relations with Britain and the United States since the 1979 revolution ousted the Western-oriented shah.

“We have severe disagreements — Iran’s support for terrorist organizations, its nuclear program, its treatment of its people. All these need to change,” he said.

Rouhani, a moderate in the regime, swept to power in elections last year on pledges to end Iran’s international isolation.

Iran has been engaged in marathon talks with six world powers aimed at ending Western concerns over its nuclear activity.