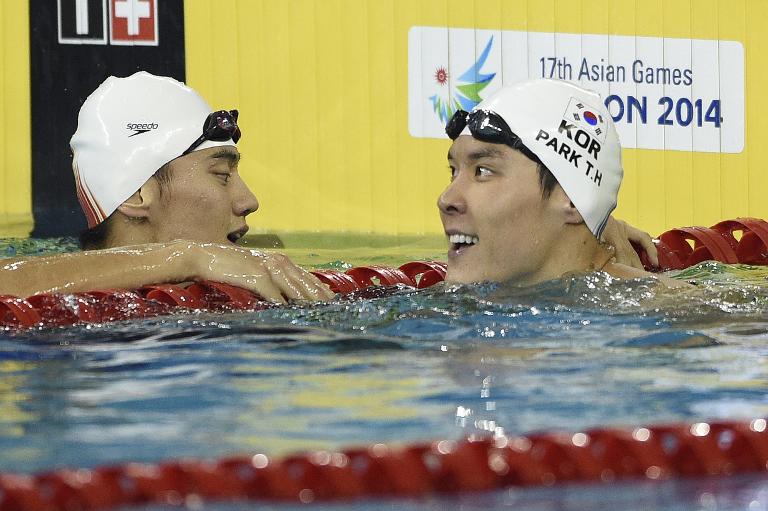 The former Olympic champion was blown away by Ning, who dominated from start to finish, powering home in a new Asian record of 47.70 seconds, with Park taking silver having been relegated to the bronze in the 200 and 400m. Japan’s Shinri Shioura finished third.

Park has confessed to struggling with suffocating pressure and the local hero looked tight on the blocks and had no chance of catching the red-hot Ning after a terrible start left him trailing in fourth at the 50m turn.

The Korean, who turns 25 at the weekend, will have a final chance to salvage his campaign in Friday’s 1,500m, although Olympic champion Sun Yang will be firm favourite to win.

The towering Chinese won the 400m, while Japan’s Kosuke Hagino stunned his heavyweight rivals to snatch gold in the 200m on the opening day of the swimming.

In a consolation for Park, his silver gave him a 19th Asian Games medal to tie him with former shooter Park Byung-Taek for most Asiad medals by a South Korean athlete.