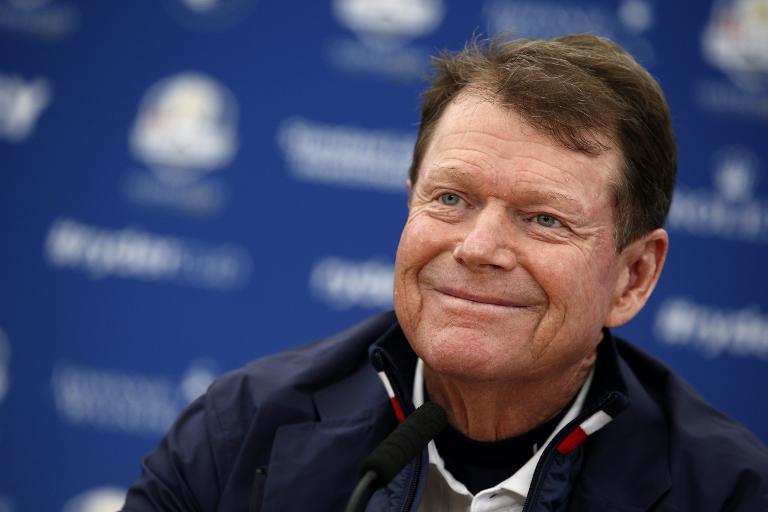 American golfers have dismissed US captain Tom Watson’s notion of taking major motivation at this week’s Ryder Cup from a humbling 2012 last-day loss to Europe.

Europe rallied two years ago at Medinah for a seventh victory in nine outings, a loss Watson has insisted for months would be a major inspiration for US talent in the 40th edition of the biennial golf showdown at Gleneagles.

“The whole redemption thing, I’m not suggesting that there’s not some validity to it… I don’t think that’s necessarily our approach,” said 2007 Masters winner Zach Johnson, one of seven players back this year from 2012.

It was a stark contrast from eight-time major winner Watson, the oldest-ever Cup captain at 65, saying, “I made it clear to them this trip is a redemption trip. It’s time to make amends and try to redeem yourselves from what happened in 2012.”

“I would have to think so. The US record the past few years is not good at all,” he said. “I don’t think there’s a revenge nature in the game of golf.”

Redemption wasn’t on the mind of two-time Masters winner Bubba Watson either.

Watson also dismissed his captain’s idea of him as the most inspiring man for Europe to beat, saying , “He’s making that up. He’s making attention come to me when it’s the other guys.”

In a full repudiation of Tom Watson’s notion of inspiration, US veteran Jim Furyk said Medinah has barely been mentioned.

“It’s probably going to be in the back of a few guys’ minds whether they were there or not,” Furyk said.

“It has been mentioned but I wouldn’t say there has been really any discussion about it. I don’t think I’ve heard more than about 20 to 30 seconds on it.

“I really don’t think the 24 guys need any more inspiration than the fact that we’re in a Ryder Cup.”

– No underdog talk either –

While possibly a ploy to avoid saying anything to motivate Europe, US players were clear, Kuchar saying Watson’s comments of US players as underdogs had no locker-room traction either.

“The underdog mentality, I don’t know that it has been talked about a whole lot in the team room,” Kuchar said. “We’ve really had no discussion of trying to make that an advantage.”

Only Hunter Mahan, who lost the 2010 Cup-deciding singles match to Graeme McDowell by dropping the last two holes, called redemption as a factor.

“The US has been kicked in the teeth for a while now,” Mahan said. “Redemption is a word that some guys have thrown out and it feels like that. We feel like we’re better than some of the golf that we’ve played, and we’re capable of doing great things.”