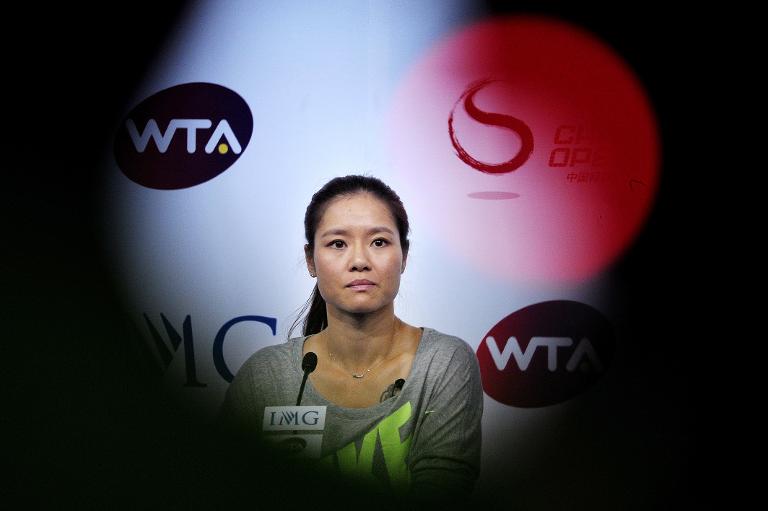 China’s Li Na said her ground-breaking career can be traced back to the death of her father when she was 14, a pivotal moment which meant tennis success was her “only chance”.

Li, in candid comments following her shock retirement last week, said she had to grow up quickly when left to support her mother, a realisation which shaped her life.

“I think I was a pretty normal girl in the way I grew up (but) what totally changed my life was when my father passed away,” she told AFP in an interview in Wuhan.

It sowed the seeds of a career which yielded two Grand Slam singles titles, the first for an Asian player, and brought tennis to China’s masses.

The reigning Australian Open champion was speaking to AFP in her home city, days after she tearfully called it quits over persistent knee injuries.

Li, 32, made special mention of her father in her retirement statement last week, saying: “You’ve remained the sunshine in my life and I am who I am because of you.”

Late in her career, it was another fatherly figure in the form of coach Carlos Rodriguez who would prove influential as he brought Li out of a slump to win the Australian Open in January.

Under the Argentinian, Justine Henin’s former mentor, Li became a different, more composed player — and less confrontational off the court.

But Li said her split with Rodriguez in July, because he wanted to focus on his work at a Beijing tennis academy, did not influence her decision to retire.

Her family had struggled financially after her father, Li Shengpeng, died of a rare cardiovascular disease when she was taking her first steps on the tennis circuit.

But with the determination that would mark her ascent to world number two, the young Li focused on the tennis court to navigate the family out of hardship.

“I was thinking, you are a pretty big girl, you have to take care of your mom,” she said.

“When the father passed away I think that was when I would say: ‘The only chance is you have to be a good player.'”

Li chafed at authority from an early age. She has spoken of her displeasure at being forcibly switched from badminton, which her father played professionally, to tennis by China’s sports system after coaches noticed her strong arms.

Two years after her father’s death, Li joined the national team, but despite showing considerable promise she turned her back on tennis to study journalism.

“I never talked to my mom to say how (I) was feeling, even during the time I didn’t like tennis,” she said. “I used to tell her, ‘I love tennis. I want to continue.'”

Later, after returning to tennis, she would opt out of China’s state sports system as a pioneering “fly alone” athlete able to arrange her own coaching and endorsements.

As her career progressed, Li’s rebellious streak showed in her heated exchanges with Chinese media as she was criticised for a perceived lack of mental fortitude and patriotism.

“In the beginning, I could not hang in there, (with) the pressure,” said Li, admitting she struggled with the weight of her giant country’s expectations.

“Because I was thinking about, ‘I am only a tennis athlete, why should I carry so many things I did not want to carry.'”

Eventually Li, one of the world’s highest earning female athletes, was embraced by her homeland and at her retirement press conference, one Chinese journalist was in tears.

Fans were also crying when she appeared on centre court at the site the Wuhan Open, a premier-level WTA event created in her honour.

“She is China’s greatest. She is the pride of China and the pride of Wuhan,” one spectator shouted, while others held aloft huge banners saying, “We love you sister Li”.