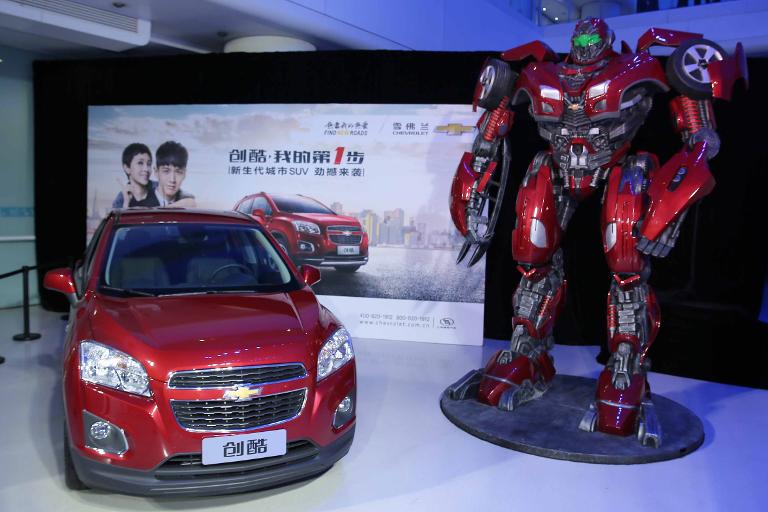 US auto giant General Motors (GM) expects to sell a record number of cars in China — its biggest market — this year, an executive said Wednesday, despite an investigation of the sector over pricing policies.

A government agency, the National Development and Reform Commission, is carrying out a lengthy probe into how whole vehicles and spare parts are priced, fining some foreign companies for what it deems monopoly behaviour — a move which some analysts say could boost sales of local brands.

Shanghai General Motors — a joint venture between GM and Shanghai Automotive Industry Corp — said last month that it was “actively” cooperating with authorities on the issue, and would continue to comply with Chinese laws and policies.

Tsien described the enquiries about spare parts pricing as routine and denied it was an investigation.

“It has had no impact on our business and our operations,” he told journalists at a briefing, adding: “We operate in absolute compliance with laws and regulations in this country.”

Earlier this month China fined an affiliate of German carmaker Volkswagen more than $40.5 million for fixing prices of cars and repair services for its Audi brand.

Separately, Chrysler of the United States — which has merged with Italy’s Fiat — was hit with a fine of $5.2 million for requiring dealers to maintain recommended prices.

GM expects the market to grow eight to 10 percent this year compared to 2013, with its own performance slightly outpacing this, Tsien said.

“We will not only grow in volume but we will grow also in terms of market share,” he said, putting its current share of the Chinese market at 14.7 percent.