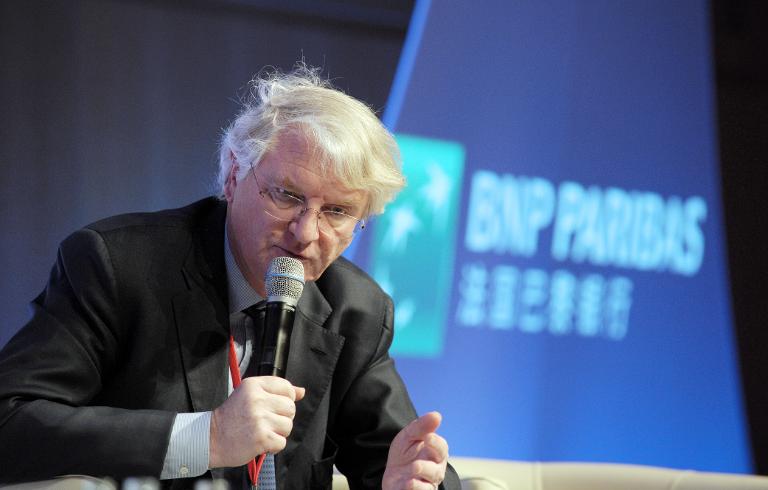 The chairman of BNP Paribas plans to resign in the aftermath of the French bank’s record $8.9 billion fine for violating US sanctions, a person familiar with the matter said Tuesday.

Baudouin Prot, 63, has told the board that he will step down, said the person, who spoke on the condition of anonymity.

The move comes almost three months after the giant French bank pleaded guilty to US criminal charges of violating sanctions on Iran, Sudan and other countries.

The board is expected to confirm Prot’s resignation at a meeting Friday, the source said. According to the source, he will be replaced by Jean Lemierre, 64, a close adviser to Prot and a key figure in negotiating BNP Paribas’s settlement with US authorities.

Prot is expected to step down December 1.

Prior to becoming chairman, Prot served as chief executive of BNP Paribas from 2003-2011, the period in which many of the violations of US sanctions law took place.

US officials said BNP Paribas deliberately hid thousands of transactions with Iran, Sudan, Myanmar and Cuba, countries that were sanctioned for terrorism and human rights violations.

The bank agreed to plead guilty to one count of conspiring to violate sanctions, making it the first bank found guilty in a sanctions case.

Prot was not personally questioned by US authorities during the probe, but the difficulty of the settlement negotiations took its toll on the chairman, according to people familiar with the bank.