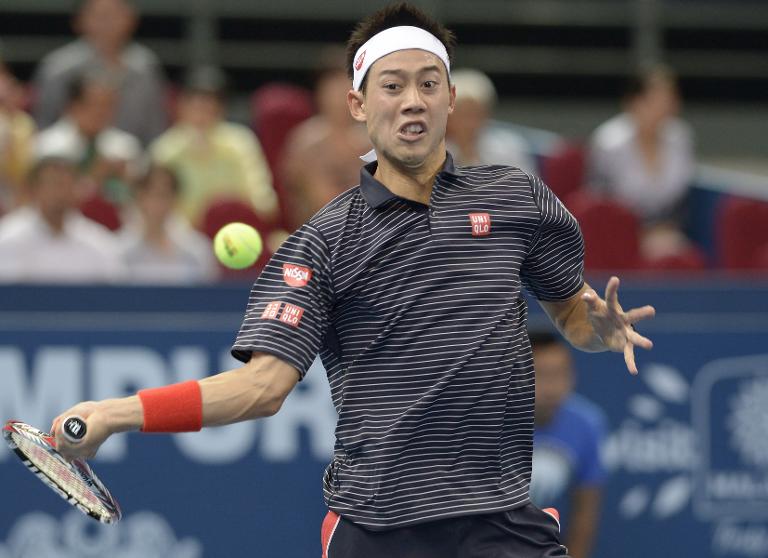 Kei Nishikori said his crushing recent defeat in the US Open final left him drained, but Japan’s rising tennis star showed no hint of that Wednesday, cruising into the Malaysian Open last eight in his return to the court.

Nishikori was dominant from the start, breaking Ram’s serve and controlling the front court.

Nishikori sealed the first set in just 22 minutes and, as his baseline work heated up, made short work of the second set as well.

“I’m feeling almost perfect. Everything worked well, my movement, my strokes. I’ve just got to practice tomorrow and be ready for the last eight,” he said afterwards.

Nishikori’s stirring run in the US Open left victims including world number one Novak Djokovic in his wake as he become the first Asian man to make a Grand Slam singles final.

But he was crushed in straight sets in the final by Crotia’s Marin Cilic, which Nishikori admitted took a toll, physical and mental.

“It took me a couple of days to recover from the defeat. I was disappointed to have come so far and lost, but I did great things in the tournament, beating three top 10 guys to the final.

“I certainly gained a lot of confidence from the US Open.”

Nishikori will next face Marinko Matosevic of Australia, who disposed of Japan’s Go Soeda 7-6 (7-5), 6-4.

Nishikori’s easy victory against Ram indicates that the Japanese player has managed to put aside his US Open final defeat.

American former tennis star-turned-coach Michael Chang said Monday that his physical similarities and shared Asian heritage with Nishikori have contributed to the success of their mentor-student partnership.