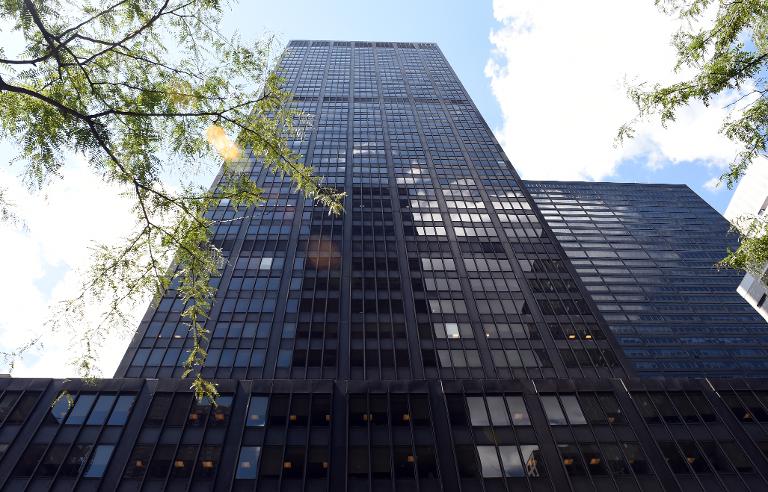 In a landmark decision, a New York jury on Monday found the Jordan-based multinational Arab Bank liable on 24 counts of supporting terrorism by transferring funds to Hamas.

The jury deliberated for nearly two full days after a month-long trial at the eastern district court in Brooklyn that followed a federal law suit filed in 2004.

“This is an enormous milestone,” said Gary Osen, a lawyer on the team representing around 300 American relatives and the victims of 24 attacks carried out in Israel and the Palestinian territories.

Arab Bank, which has assets worth $46.4 billion, said it would appeal.

“The trial was infected by scores of errors,” it said in a statement pledging to “seek prompt review by the Second Circuit.”

“In addition to the deeply flawed sanctions, the court gagged the bank by excluding many of its witnesses, severely restricting the ability of other witnesses to testify, and precluding all evidence of its innocent state of mind.”

Shand Stephens, lawyer for Arab Bank, told reporters the verdict should not have been found on “evidence that thin.”

“This verdict is going to be reversed,” he said.

District Judge Brian Cogan indicated it would be a long road ahead. “This case is a long way from over,” he told the court.

Analysts now expect a motion to trial court to set aside the verdict and then appeals, which would likely take years.

There would also have to be a separate trial to determine how much the bank will be liable to pay in damages.

The defense argued there was no evidence Arab Bank executives supported terrorism and rubbished the allegation that the institution knowingly made payments to designated terrorists.

But the plaintiffs said the bank transferred more than $70 million to an alleged Saudi terror entity, charities they claim were a front for Hamas and 11 globally-designated terrorist clients.

The bank had “a Rolodex full of Hamas customers,” and lied in its defense, the plaintiffs said in their concluding arguments Thursday.

Prosecution lawyer Mark Werbner said the bank must have known that its helping Hamas would mean “bad things were going to happen and that’s enough to make them responsible.”

The trial heard that the bank was able to transfer $60,000 to Hamas spiritual leader Sheikh Ahmed Yassin, who was assassinated by Israel in 2004 — due to a spelling mistake of his name, which was not detected by screening software.

Every bank that has operations in the United States — like Arab Bank — uses the same automated software to screen those on terror blacklists.

“There’s not one word of testimony in this case that would lead you to conclude that any one of those people deliberately supported terrorism,” Arab Bank lawyer Stephens told the court on Thursday.

The Arab Bank says it closed accounts after holders were designated terrorists.

The plaintiffs allege the bank violated the 2001 Anti-Terrorism Act when it served as a conduit for money from a Saudi Arabian fund to families of Palestinians who died, including suicide bombers.

They also claimed that Hamas, which the United States officially designates as a terror group, directed the distribution of the money from the Saudi fund.

Stephens said Arab Bank provided routine banking services and that no charity — including the Saudi committee — to which it transferred funds was on any US, UN or EU blacklist at the time.

Stephens said there was no evidence to prove any money transferred by Arab Bank had been used to finance attacks and that the decades-old Israeli-Palestinian conflict had nothing to do with his client.

Former US prosecutor and lawyer Jacob Frankel told AFP the verdict had no implications for the Bank’s licencing in the United States since the claim was brought by individuals.

“What it does, though, is send a message that institutions that do business with organizations identified as terrorists do put at risk their assets if they also chose to do business in the United States,” Frankel said.

He said it was significant that it was the first major verdict under the 2001 anti-terrorism act.

The Arab Bank Group has more than 600 branches in 30 countries and a shareholders’ equity base of $7.8 billion.