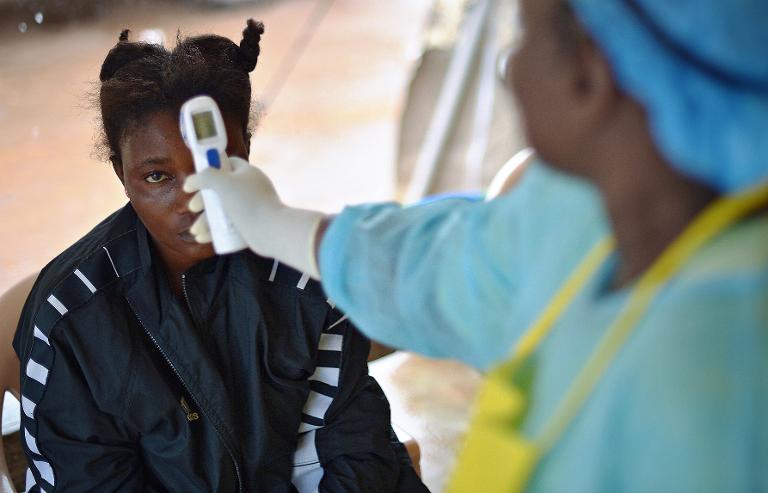 Millions of Sierra Leoneans emerged from their homes on Monday after a controversial nationwide lockdown during which more than 200 dead bodies and new cases of Ebola infections were uncovered.

The west African country had confined its six million people to their homes for 72 hours in a bid to stem a deadly outbreak that has claimed more than 2,800 lives there and in neighbouring Liberia and Guinea this year.

“We have an overflow of bodies which we still need to bury but this has been an everyday occurrence since the Ebola outbreak… Now at least we have about 150 new cases,” Steven Gaojia, head of the country’s emergency operation centre, said late Sunday.

The country’s chief medical officer earlier said up to 70 bodies had been uncovered, but these were in and around the capital, and results for the whole country are likely to push up the figures significantly.

Only essential workers such as health professionals were exempt from the shutdown, and some 30,000 volunteers who went door-to-door to hand out soap and give advice on halting the contagion.

Independent observers have voiced concerns over the quality of advice being given out, deeming the shutdown a “mixed success” and complaining about the poor training of the door-to-door education teams.

Meanwhile aid organisations and medical experts questioned the feasibility of reaching 1.5 million households in three days and argued that confining people to their homes could erode trust between the government and the people.

– Begging for their lives –

Sierra Leone President Ernest Bai Koroma hailed the success of the campaign, however, telling a news conference in Freetown: “We have to be proud of ourselves.”

“The stay-at-home has given some confidence to the health system as people out of their own volition reported cases of dead people and the sick.

“We should now build on our successes to inspire us to put Ebola behind us.”

Ebola fever can fell its victims within days, causing severe muscle pain, vomiting, diarrhoea and — in many cases — unstoppable internal and external bleeding.

The scale of the challenge is most evident in Liberia, where health workers at Ebola units have spoken of turning away people begging for their lives because they don’t have the beds or staff to treat them.

“Patients are being rejected… because there is no space. So the government is trying its best to finish the 1,000 beds so we can accommodate all the patients,” Information Minister Lewis Brown told AFP.

The World Health Organization (WHO) warned two weeks ago that Liberia, worst-hit in the outbreak, was about to see a huge spike in infections, with thousands of new cases imminent.

The UN agency, issuing its latest figures on Monday, said Liberia had recorded 3,022 cases with 1,578 deaths.

The country said on Sunday there would be a four-fold increase in hospital beds to 1,000 for patients in the capital Monrovia by the end of October.

The WHO’s Ebola emergency committee, charged with deciding on measures to reduce the risk of the further spread, criticised flight cancellations and other travel restrictions in a report released Monday.

It called for Ebola-hit countries to ensure that quarantines of hotspots are “proportionate and evidence-based” and that affected populations get adequate food, water and information.

A second deployment of US troops arrived on Sunday at Liberia’s international airport, 55 kilometres (35 miles) east of Monrovia, as part of an eventual 3,000-strong mission to help tackle the outbreak.

The team will set up a headquarters for Major General Darryl Williams, who will oversee the US mission to train local health workers and establish additional medical facilities, he said.

Liberian health officials said action to stop the spread of the disease was also being hampered by traditional communities still ignoring advice on staying away from highly infectious dead bodies during funeral rites.”Some people are still in denial. Because of that they are not listening to the rules,” said Gabriel Gorbee Loganâ€¨, a health officer in Bomi County, northwest of Monrovia.

The WHO updated the epidemic’s overall death toll Monday to 2,811, adding that the outbreak was basically contained in Senegal and Nigeria.

The UN health agency said a total of 5,864 people had been infected in five west African countries as of September 18.