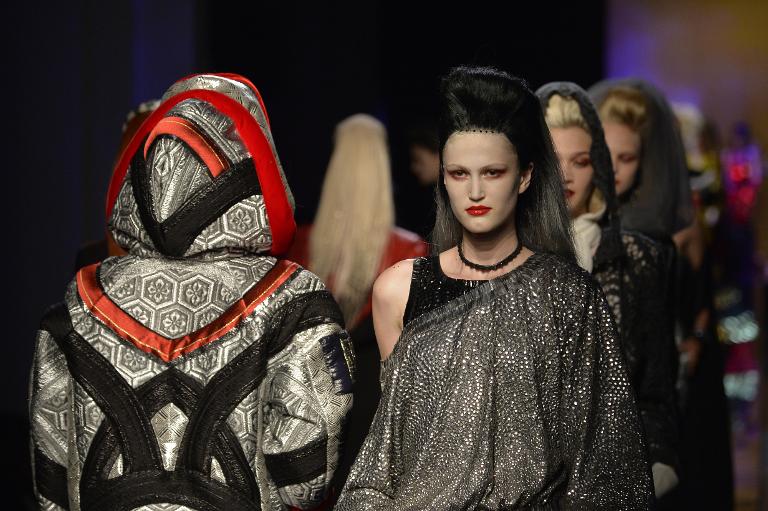 Flamboyant designer Jean Paul Gaultier’s last ready-to-wear show will provide an emotional highlight of nine days of fashion collections due to get underway in Paris on Tuesday.

The 62-year-old showman of the catwalks is to bow out of ready-to-wear after nearly 40 years to concentrate on his couture collections.

The designer has said the decision was taken after an “in-depth assessment” of his eponymous fashion house’s future with Spanish fragrance and fashion group Puig, which has a majority stake.

Gaultier’s last show, which will be held on Saturday, is one of over 90 scheduled for the next week-and-a-half.

After New York, London and Milan, other highlights will be first collections by Georgia’s David Koma for Mugler and France’s Julie de Libran for Sonia Rykiel.

Stephane Wargnier, new executive president of the French Federation of Couture, said Gaultier’s last show was likely to be spectacular and upbeat, albeit tinged with sadness.

“Everyone will want to be there and I think it’s certainly going to be a very moving moment,” he said.

In recent years Gaultier, considered one of France’s most talented designers, has been the subject of a major retrospective by the Museum of Fine Arts in Montreal.

Since 2011, the exhibition has been seen by a million visitors worldwide and is due to arrive in Paris in 2015.

One room in the exhibition is devoted to “Eurotrash”, the outlandish adult television show hosted by Gaultier and Antoine de Caunes on Britain’s Channel 4 during the 1990s.

The designer said earlier this month that “commercial constraints as well as the frenetic pace of collections” had left him little freedom to explore fresh ideas and innovate.

“The pace is harder than in the past, retail demands several deliveries per season, so we are no longer in an era when one calmly does a collection every six months,” Wargnier said.

“It’s the way it is in fashion now and everyone adapts in their own way,” he added.