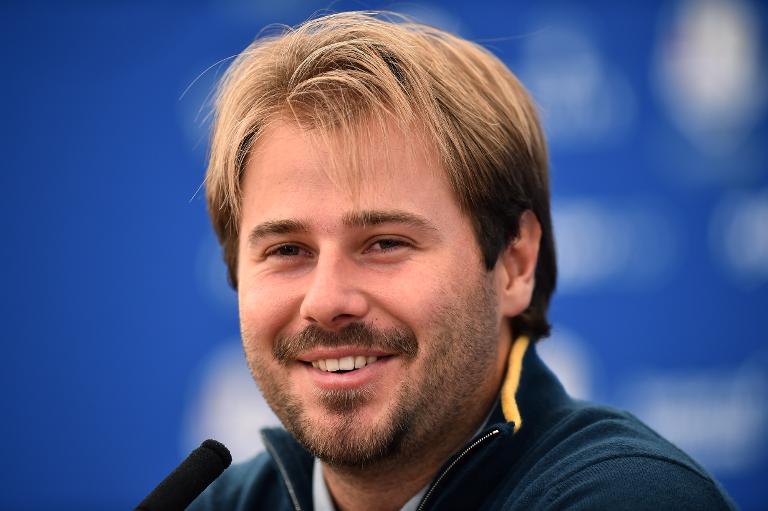 Victor Dubuisson goes into his first Ryder Cup week as the great unknown element of the European team, but the Frenchman believes he can play his part.

The 24-year-old Cannes-born shotmaker has just enjoyed a breakthrough year early on as a professional after an outstanding amateur career that saw him ranked first in the world.

He won his first European Tour title in Turkey last November and a runner-up finish to Jason Day in the WGC Matchplay and top-10 finishes in the British Open and PGA Championship saw him take third in the automatic qualifying table for the European team.

But a reputation as a bit of an unpredictable loner who likes to do his own thing has cast a question mark over his ability to buckle down to the team ethic required at Ryder Cup time.

Dubuisson, though, believes he can fit in, especially in matchplay conditions.

“It’s my favourite format. Matchplay is very different than what we do usually,” he said.

“It’s more about the mind. Like every few holes, you have to change the way you use strategy. But I think the key to get you to do well in match play is to just play your own game and try to play your own stroke play.

“If you play your own game and you do what you do, usually you won’t lose many matches.”

The Frenchman’s 11 Ryder Cup teammates are all agreed that Dubuisson is a case apart both for his inexperience and complex character, but the consensus is that he has what it takes to succeed in the Ryder Cup.

“Victor, I mean, he’s brilliant … and in the team room, he’s a good, fun guy and probably a little bit more open than people think he is.

“Victor is the young guy that comes on this team, but you have got to start somewhere. Everybody has been a rookie once, and rookies tend to do good in the Ryder Cup when you look at it over time.

“I actually have a funny feeling that this guy might just stand up and be a great hero by the end of this week.”

Those words were echoed by Lee Westwood, playing in his ninth straight Ryder Cup and the most experienced player in the European team.

“It’s very difficult to know what to make of Victor. He’s quite shy. He’s quite unpredictable. He’s got a lot of flair. He’s got tons of game,” the Englishman said.

It remains to be seen where Europe skipper Paul McGinley will slot Dubuisson into his Friday and Saturday fourballs and foursomes.

The standard ploy would be to send the rookie out with one of the more experienced team players and there were indications on Tuesday from the practice rounds that the player could be Graeme McDowell.

The two have hit up a good relationship over the last few months and shared the top billing in July when McDowell won the French Open at Le Golf National outside Versailles.

The Ulsterman said he would have no problem with taking on the role of Dubuisson’s minder.

“I would very much embrace the task of blooding a guy like Victor, and I would love to play with him,” McDowell said.

“We are talking about potentially that happening, and like I say, I’m one of a few guys that could potentially do that.

“He’s a very talented kid and definitely someone we are trying to pay a bit of attention to in the team room this week and make sure he has any questions that are in his mind get answered and put his mind at rest and get him ready to play some great golf this weekend.”