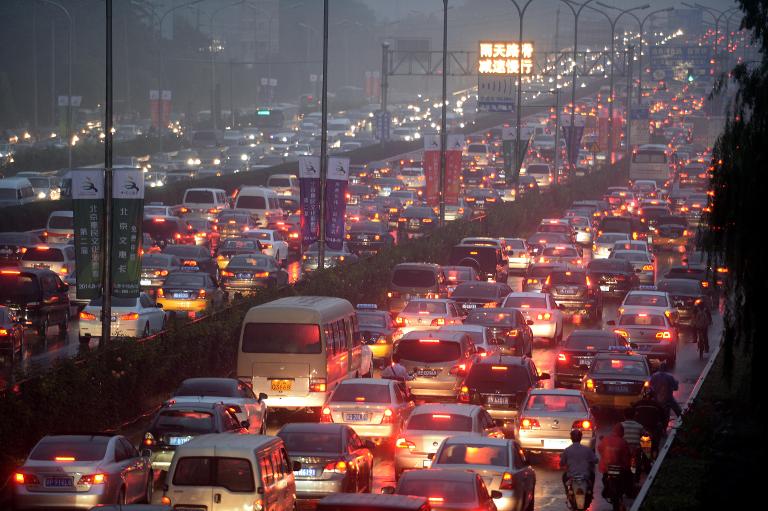 China’s manufacturing sector saw a surprise pick-up in September, a closely watched survey showed Tuesday, but economists warned a slowdown in the key property sector was an ongoing risk to growth.

HSBC’s preliminary purchasing managers index (PMI) hit a two-month high of 50.5, better than a final reading of 50.2 in August and providing some respite as indicators point to a slowdown in world’s second-largest economy.

A reading above 50 indicates expansion.

Concerns over China’s economy — a key driver of global growth — have intensified following a string of lacklustre recent data, with economists calling for authorities to take further action to kickstart growth.

“The property downturn remains the biggest downside risk to growth,” he said in the statement.

“We continue to expect more monetary easing from the PBoC (People’s Bank of China) in order to steady the recovery,” he added.

And last week reports said the PBoC would pump $81 billion into the country’s top five banks to spur lending.

Economists, however, have warned that the effect of stimulus measures introduced since April is waning and worry that a slowdown in the crucial property sector, where new home prices have fallen for four straight months, could derail any rebound.

On Tuesday, the Shanghai Securities News reported that Chinaâ€™s big four lenders will relax mortgage loan requirements, citing one of the banks. It added that people who had paid off previous mortgage loans would be treated as first-time buyers and enjoy preferential policies.

“If this is true, it constitutes a clear credit easing measure for the property sector,” economist Hua Changchun and colleagues at Nomura wrote in a reaction to the news report.

Earlier this month, the government said industrial production growth slowed sharply in August to its lowest level for more than five years, while expansion in retail sales and fixed asset investment also weakened.

Julian Evans-Pritchard, China economist at Capital Economics, said that while the PMI result indicated manufacturing had been boosted by demand for exports, the economy still had hurdles to surmount, property in particular.

“Policymakers have remained relatively calm in the face of this quarter’s slowdown,” he wrote in a comment on the PMI. “Despite all the fuss over the recent liquidity injections by the People’s Bank, there has been no significant monetary easing,” he added.

Finance Minister Lou Jiwei said at a weekend meeting that authorities would not make any significant policy adjustments even though downward pressure on economic growth remains, according to a government statement.

Earlier this month Premier Li Keqiang, at a World Economic Forum meeting in China, called for taking a long-term and comprehensive approach to managing the economy, suggesting the government was not overly concerned.

Beijing is targeting expansion of about 7.5 percent this year, the same as last year’s objective, as it tries to pull off a delicate transformation of the country’s growth model whereby consumer spending becomes the main driver rather than investment.

“We expect policymakers to stick with their current approach of using targeted support measures to prevent too rapid a deceleration in growth while at the same time avoiding the type of broader stimulus that could aggravate credit risks,” Evans-Pritchard wrote.

The PMI index is compiled by information services provider Markit and released by HSBC, which said the final result for September would be announced next Tuesday.

China releases its own official PMI at the beginning of each month.