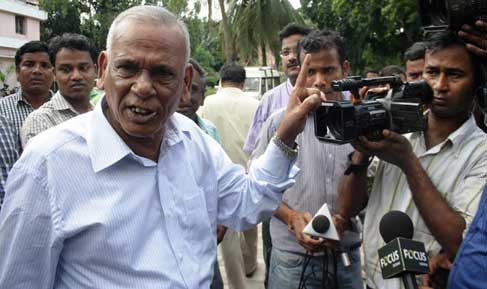 New Delhi: Former Odisha Advocate General Ashok Mohanty was arrested by the CBI for his alleged role in the Rs 20,000 chit fund scamÂ on Monday.Â

Mohanty was under investigation for allegedly buying a property in Cuttack from the head of the Chit Fund Company Artha Tatwa group, Pradeep Sethy. Sethy had reportedly bought the same property from a serving High Court Chief Justice.Â

Mohanty’s resignation as advocate general was accepted a few days ago by the state’s Naveen Patnaik government.

In the last two months, the CBI has begun investigations against as many as 43 firms accused of running ponzi schemes in Odisha following a Supreme Court order asking the agency to take over the probe.Â

Many of the Chief Minister’s party men are under the scanner for their role in the scam in which small investors were duped of crores with the promise of huge returns.