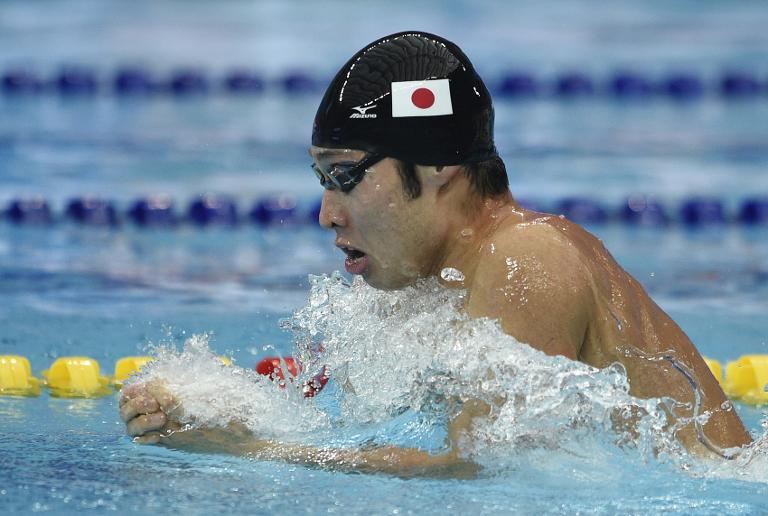 Japan’s Kosuke Hagino followed his shock 200 metres freestyle gold with a leisurely swim in his signature 200m medley heats at the Asian Games on Monday.

Hagino, 20, who scored an electrifying victory over Michael Phelps at last month’s Pan Pacific championships, cruised into the final in Incheon with the third fastest time of two minutes, 0.85 seconds.

“You can pace yourself a little more in qualifying at the Asian Games,” Hagino told reporters the morning after stunning China’s Sun Yang and local hero Park Tae-hwan on the opening day of competition in South Korea.

“I did ease off a lot but it helps save energy for the final and the other races,” added Hagino, competing in six individual events.

Fellow Japanese Hiromasa Fujimori topped the time-sheets in 2:00.75 with Singapore’s Joseph Schooling second in 2:00.78, but Hagino slowed to a gentle half-pace in the final leg of freestyle.

Compatriot Junya Koga qualified fastest for the men’s 50m backstroke in a new Games record of 24.46, snatching it after team-mate Ryosuke Irie and China’s Xu Jiayu had both broken his previous mark.

Xu clocked the second quickest time of 25.04 with Irie, who won one of his country’s three gold medals on the opening day of competition, third in 25.07.

Singapore’s Tao Li, the Asian Games record holder, and China’s Lu Ying, who holds the Asian record, were joint fastest in the women’s 50m butterfly in 26.46.

Junior world record holder Shen Duo of China qualified fastest in the women’s 100 freestyle in 55.25, some way short of the junior mark of 53.84 she posted at the recent Youth Olympics.

China have dominated the Asian Games swimming in recent years, winning 24 of the 38 golds at Guangzhou in 2010, with Japan finishing a distant second with nine.