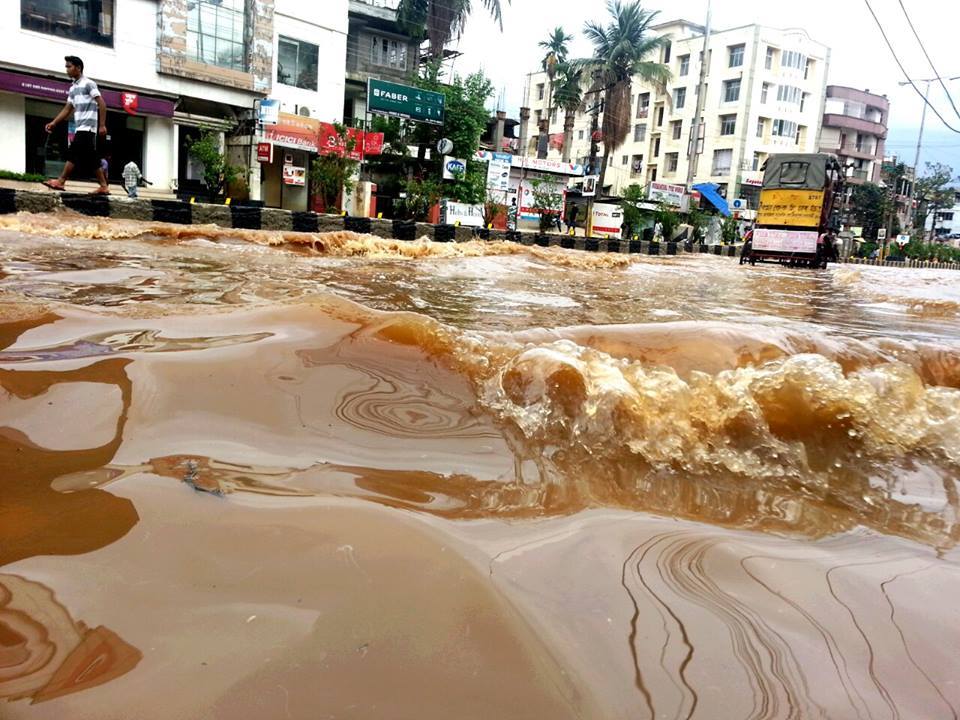 Guwahati: Nearly 40 hours of incessant rains have thrown life out of gear in Guwahati, Assam as most part of the city was water-logged prompting the administration to order closure of all educational institutions. Massive power cuts are also being reported across the city.

While many vehicles remained stranded on water-logged streets, others went off the roads causing a lot of difficulty for office goers and school children.

The National Disaster Response Force (NDRF) has been kept on standby in the city.

“Till now there is no loss of life. We are monitoring the situation very closely,” said M Angamuthu, Deputy Commissioner, Kamrup Metro District

â€œWe are unable to move. There is water everywhere. This is the second time in two months that we are hit by rain,â€ said Debjit Kar, who is employed with a private insurance company in Guwahati.

It has been raining in the city since last four days and heavy downpour is expected in next 48 hours. Many people are forced to leave their houses as water gushed in to their homes causing damages to their property.

â€œI got stuck in my friend’s house in Rajgarh. We are in knee-deep water and there is no place to escape. Situation is worse here. We are worried because we have seen what Jammu & Kashmir has witnessed recently,â€ said Sagar Seal.

Taking stock of the flash flood situation in Guwahati, Chief Minister Tarun Gogoi has directed the district administration to take all measures to reach out to the people in distress.

Control rooms are being set up at the offices of the Kamrup (Metropolitan) district administration, the Chief Minister’s Secretariat and the Guwahati Municipal Corporation to monitor and coordinate the rescue and relief operations round the clock, said a spokesman of the chief minister’s office (CMO).

Some other districts in the state, including Goalpara and Dhubri have also been flooded due to torrential rain. Landslides have also been reported from hilly areas.