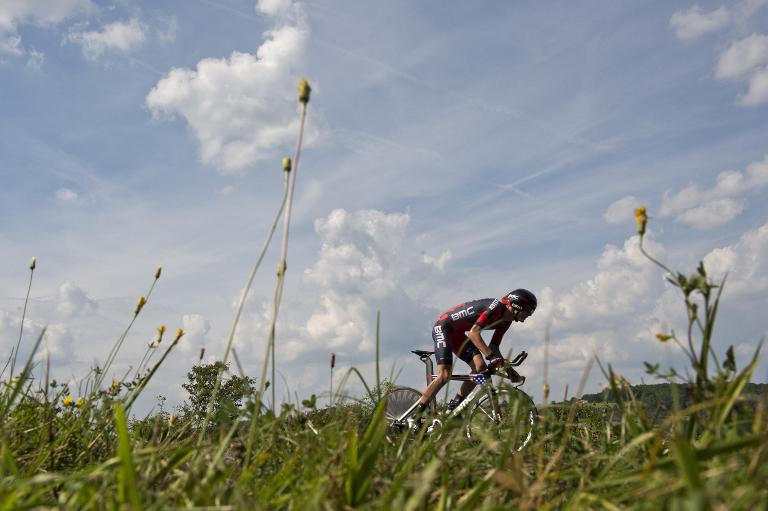 Although finishing with just four of their original six-man team — the minimum requirement — the American team got stronger as the course went on to win in a time of 1hr 3min 29.85sec.

That was 35sec quicker than Australians Orica GreenEDGE, who, like several other teams that started later, were impeded by rain on their run in.

“We definitely had respect for the other two teams here (on the podium) but we knew we had a chance. In Valkenburg (two years ago) BMC were only three seconds off winning.

“To be so close once, there’s no reason not to be up there again.”

BMC finished before the rains started to fall and although they were neck and neck with their main rivals throughout, the difference was made in the final 10km of the 57.1km course.

They had won the last two editions of the team timetrial competition, beating BMC into second in 2012 and Orica last year.

BMC’s Slovak rider Peter Velits was part of those Omega teams and has now won the event three times in a row.

“I don’t think it’s a secret or something, it wasn’t only me in the timetrial today,” he said.

“It’s the work of the whole team, everyone deserves this victory and I’m really happy I could win again, it feels really good.”

Martin refused to blame the rain for his team’s demise.

“Rain doesn’t make a race easier, it doesn’t make it faster. For sure it’s a disadvantage to have rain, especially in the last descent, but it shouldn’t be an excuse that we lost time in the final (run-in),” he said.

Like Orica and Omega, they finished in the wet but they paid more for weak links.

By the halfway mark they had already lost two of their six riders, with Geraint Thomas and Salvatore Puccio dropping off, while Dario Cataldo was missing turns at the front, effectively reducing them to three riders while all their rivals were still at full strength.

In the women’s 36.15km event, American team Specialized-Lululemon retained their world title in a time of 43min 35.35sec, more than a minute ahead of Orica-Ais with Astana BePink third.