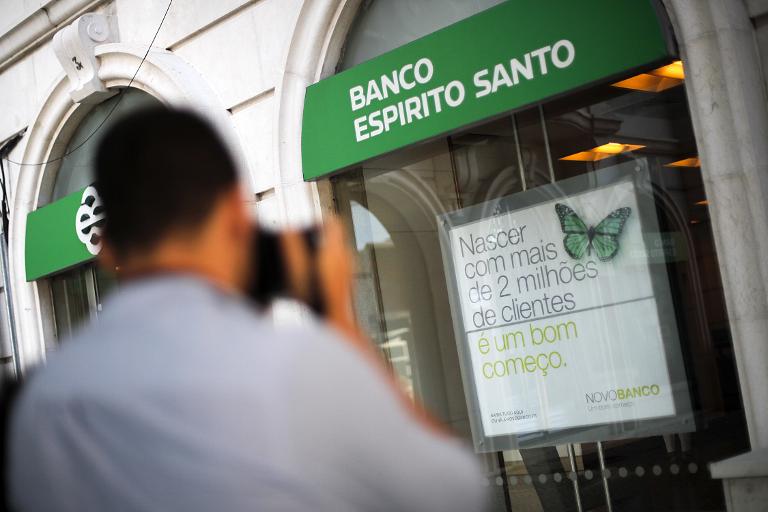 Former Lloyds banker Eduardo Stock da Cunha is to take over the helm at Novo Banco, the “good bank” created after the bailout of stricken Portuguese lender Banco Espirito Santo (BES), after its president stepped down on Saturday.

Stock da Cunha, 51, who worked in the US and London after beginning his career in Lisbon, is “tasked with forming and leading an experienced team” to build up the bank so it can be sold, the Bank of Portugal said in statement Sunday.

He replaces economist Vitor Bento who was brought in to salvage crisis-hit BES in mid-July after Portugal’s biggest private lender collapsed following allegations of accounting fraud in its parent companies.

The management team of Novo Banco on Saturday announced their intention to give up their roles while “leaving time for a smooth transition to be prepared”.

They said they had decided to leave because “circumstances have changed”, rebuffing media reports they had come into conflict with the authorities.

Both Lisbon and the Portuguese banks that contributed to the 4.9 billion euro bailout have pressed for the bank to swiftly be sold on the market to help taxpayers already hit hard by austerity.

Stock da Cunha, who worked for the Spanish bank Santander in the US before joining the British bank Lloyds, has brought in three other Portuguese bankers to head his team — Jorge Freire Cardoso, Vitor Fernandes and Jose Joao Guilherme — the central bank said.

Bento’s sudden departure after only six weeks came because he believed more time was needed to prepare the sale of Novo Banco, according to the Portuguese press. The central bank reportedly disagreed.

The Bank of Portugal admitted Saturday that the bailout plan to save the bank had effectively changed the brief given to Bento’s management.