Home News For Kids Do not Litter! 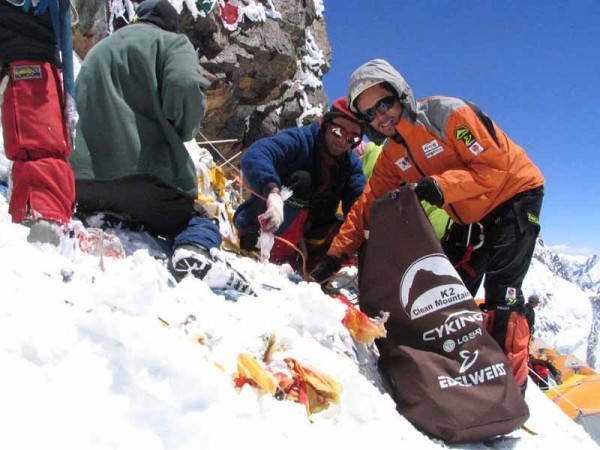 The government of Nepal has told climbers of the great Mount Everest they cannot leave trash on the trails. Each trekker will have to come down the mountain with at least 18 pounds of garbage. Thatâ€™s the average amount of trash a climber leaves behind on Everest.

Officials say climbers are responsible for their own trash. â€œWe are not asking climbers to pick up trash left by someone else,â€ said Maddhu Sudan Burlakoti, who works for the Nepal Tourism Ministry. â€œWe just want them to bring back what they took up.â€

More than 4,000 people have reached the 29,035-foot summit in the past 60 years. Leaving trash along the way helps trekkers keep their bags light so they have energy to reach the summit. â€œThe trash problem in Mount Everest is not new,â€ Burlakoti says. â€œWhen the people started to climb the mountain, they started to leave their garbage there.â€ They have left behind cans, tents, food wrappers, and equipment. Last year, climbers carried down a total of four tons of trash.

The new rule which came into effect in April of 2014 ensures climbers pick up after themselves by having them deposit money before the climb. Once they climb back down the mountain, officials will check trekkers at a return camp to make sure they have the required 18 pounds of trash. If they do, their money will be returned to them. If they do not, climbers will not receive their deposit and they will not be given a permit the next time they want to climb Everest.

The goal is to make sure no more litter will be left on Everest, which has earned the nickname the Worldâ€™s Highest Garbage Dump. â€œAs we offer Mount Everest to all the people of the world they should take responsibility to clean it,â€ Burlakoti says. â€œAfter seeing the results from this, we will extend this rule to other mountains also.â€