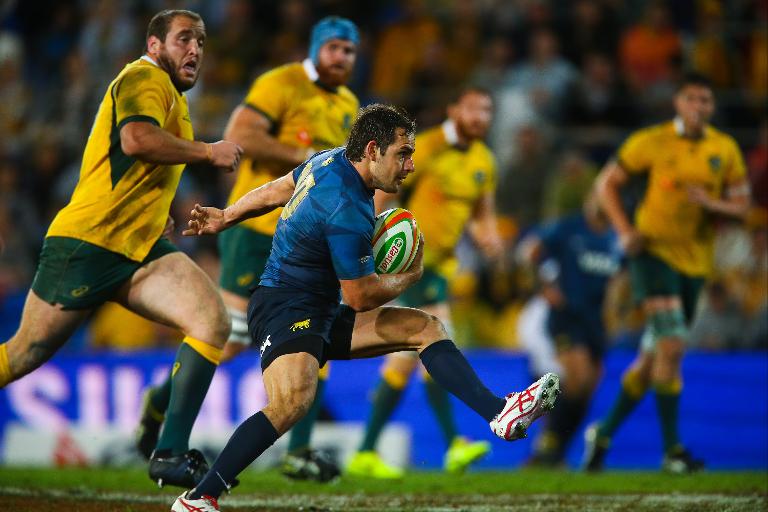 The Wallabies have lost just one game in 11 Tests and are unbeaten at home this season but fans are losing interest and staying away.

The smallest rugby Test crowd in Australia this century of 14,281 watched the team scrape home 32-25 over Argentina on the Gold Coast Saturday after a below average crowd saw them play South Africa in Perth the previous week.

Melbourne’s Etihad Stadium was also only half-full when 27,189 people turned out to watch them face France in June.

The NSW Waratahs may have broken the attendance record for a Super Rugby final against the Crusaders on August 2 with 61,823, but there were only 6,000 more spectators at the same Sydney venue for the opening Bledisloe Cup Test against the All Blacks two weeks later.

The Sydney Morning Herald believes the crunch moment appears to have come in Auckland.

“Australia denied New Zealand their place in the history books with a 12-12 draw in Sydney, the best any country has managed against the All Blacks since 2011,” it said Monday.

“But when they collapsed under the pressure of a hurting All Blacks at Eden Park, fans threw up their hands.

“And while the elite athletes at the Wallabies are trained to efficiently digest and discard losses to focus on the next challenge, the fallout from that 51-20 humiliation is still haunting the fan base.”

Wallabies coach Ewen McKenzie insisted there were still “plenty of rusted-on fans that turn up and enjoy watching”.

“Every week someone will tell you a different reason but there doesn’t seem to be any one particular reason. In sport across the world crowds are shrinking.”

Rugby writer Greg Growden wrote on the ESPNscrum website that the lack of support “is hardly a dazzling advertisement for the code”.

“People will come if they know they will be entertained and enlightened,” he said.

“At the moment, there remains considerable doubt over whether the Wallabies provide value for the buck.”

The Australian newspaper said the low crowd for the Pumas match “was very much a reflection of what was unfolding before their eyes in Australian rugby — crowds on the decline, fans disengaging, morale depressing”.

“I do have a little bit of a sense that there is a generational shift here, that younger generations have so many different entertainment options that they can access within a nanosecond,” Australian Rugby Union chief Bill Pulver said.

“That means sports like ours have an absolute obligation to find that sweet spot, that sweet intersection of winning and entertaining.”