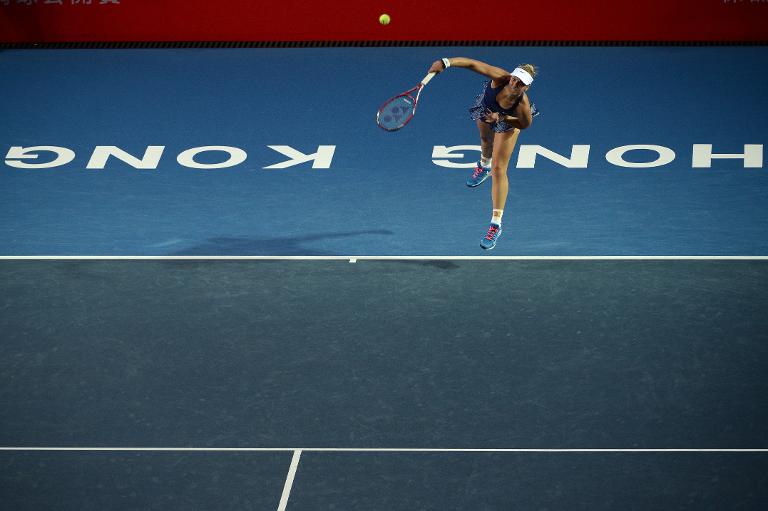 Top seed Sabine Lisicki will face-off against Czech Republic’s Karolina Pliskova in the finals of the WTA Hong Kong Open after both players ploughed through toughly contested semi-final matches on Saturday.

Lisicki, who defeated China’s Zheng Saisai 6-4, 6-3 on Friday, stumbled in the second set following a feisty performance by the unseeded Schiavone, but bounced back to win the match in a decisive third set.

“It was a great semifinals, not only for the crowd, but for us as well with long, fun rallies. It’s always fun to play those kinds of matches and come out on top,” Lisicki told reporters in a post-match press conference.

In another three-set match, Pliskova dispatched Belgium’s Van Uytvanck, who put up a hardy performance, in around two hours of play in the scorching heat.

Third-seed Pliskova had beaten China’s Zheng Jie easily on Friday, but Van Uytvanck, who defeated the second seed Daniela Hantuchova in the second round, had put up a strong fight.

Ranked 36 in the world, Pliskova set the tempo early in the match against Van Uytvanck, world number 91, but lost momentum in the second set. The Czech ultimately won the match 6-1, 4-6, 6-4.

“Now I’m in the finals, I would like to win the title this year,” Pliskova, who lost her two finals appearances this year, told reporters after the match.

Pliskova, who beat former world number one Ana Ivanovic at the US Open in August, reached the finals for the February PTT Pattaya Open and Nuremberg Cup in May of this year. She won the Malaysian Open in 2013.

“It’s going to be tough, but I’m really looking forward to it,” Lisicki said of playing Pliskova in the finals on Sunday.