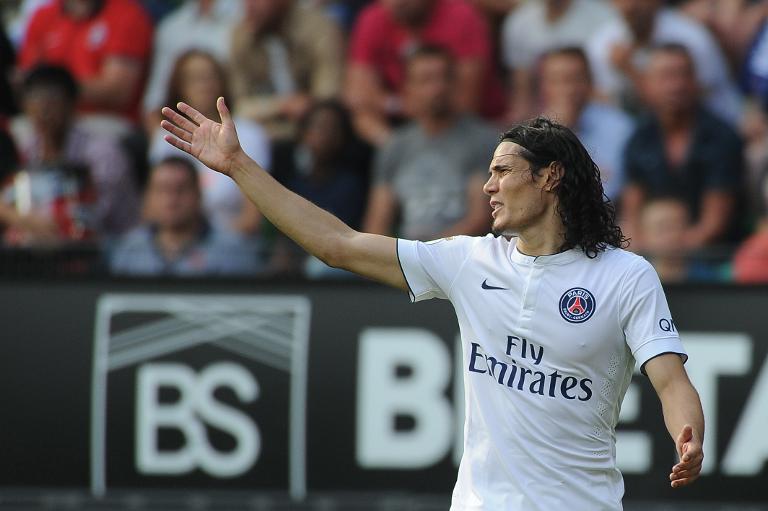 Paris Saint Germain were held for the third time on their Ligue 1 travels to a 1-1 draw at Rennes on Saturday as Saint Etienne moved second with a 1-0 win against Caen.

Saint Etienne has been hammered at Parc des Princes by PSG before the international break but an own goal by Caen’s Haitian defender Jean-Jacques Pierre allowed them to move second at the expense of the Parisians.

Saint Etienne are now equal on ten points with leaders Bordeaux who travel to Guingamp on Sunday, with the two-time defending champions a point behind in third after five games.

The capital club were far from the side which demolished Saint-Etienne 5-0 two weeks ago, when Zlatan Ibrahimovic scored a hat-trick.

It was a third draw in three outings for PSG who had opened the scoring two minutes before the break through a rare goal from defender Zoumana Camara.

But a slip-up by Camara allowed the hosts get a share of the spoils as Cameroon striker Paul-Georges Ntep got one past PSG goalkeeper Salvatore Sirigu after 55 minutes.

“I would have preferred not to score and to win the match,” admitted Camara.

“It’s not worrying. It’s a draw. There’s nothing alarming about that. Now we have to recover because the Champions League is Wednesday. It’s going to be something else, that’s for sure.”

Laurent Blanc’s side now have a busy schedule with six more games in the next three weeks, with their Champions League campaign beginning at Ajax next Wednesday.

“We really wanted to score a second goal but everything was against us,” said Blanc, with skipper Thiago Silva still sidelined while David Luiz suffered a knee knock playing for Brazil and Serge Aurier needs extra tests after losing consciousness during a clash of heads playing for the Ivory Coast.

Elsewhere, Montpellier moved fourth after a 1-0 win at home against Lorient which came thanks to an own goal from Brittany defender Lamine Kone.

Reims bounced back from three consecutive losses with a 2-0 home win over Toulouse, including a first goal for David Ngog who signed for the Champagne outfit after six years in England.

Nice also put a 4-0 loss to Marseille behind them, snatching a 1-0 win over Metz in stoppage time thanks to an Alexy Bosetti goal as Bastia and Lens played out a 1-1 draw in Corsica.

Lyon, meanwhile, got back to winning ways on Friday with a 2-1 home win against Monaco.

Lyon are 13th, four points behind leaders Bordeaux, as they prepare to play at PSG next week.

On Sunday, Marseille go to bottom club Evian looking for a third straight win that would improve the tense atmosphere around the club after coach Marcelo Bielsa hit out at president Vincent Labrune for his summer transfer dealings.