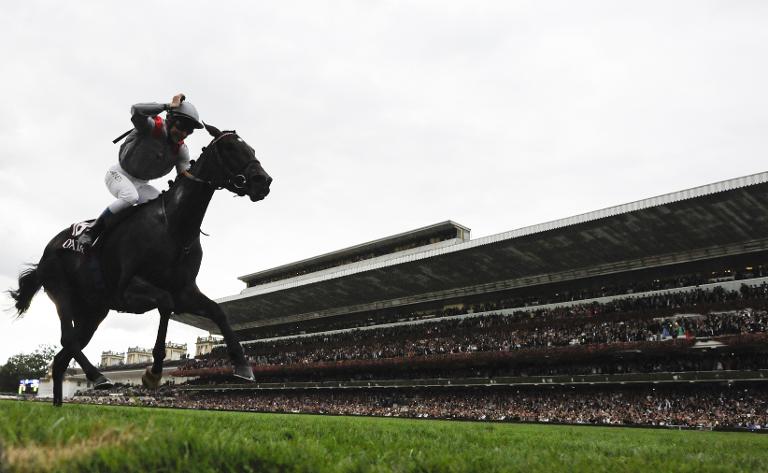 Trainer Criquette Head-Maarek will hope her bold decision to replace Italian legend Frankie Dettori on Treve will be vindicated this Sunday and revive her bid of becoming the first horse since Alleged in 1977/78 to win successive Prix de l’Arc de Triomphe’s.

Treve failed to win on her two starts under Dettori this season and Head-Maarek felt veteran French jockey Thierry Jarnet had a better understanding with the filly and will be reunited with her in Sunday’s Group One Prix Vermeille at Longchamp.

It is a race Treve won last year, when ridden by Dettori, on her way to winning the Arc where Jarnet took the ride because the Italian was injured in an innocuous fall in the week leading up to the race.

Jarnet, 47, has never lost on her. He had the ride when she won the French Oaks last year before she was bought by Qatari Sheikh Joaan Al-Thani for whom Dettori is the retained rider, and Head-Maarek felt it was time for a change.

“It was my decision, nobody else’s. I think it is the best decision for the filly and when I told Frankie he was very good about it and understood my point of view,” said Head-Maarek.

“Thierry did very well on the filly last year and there is nothing more to say.”

Dettori may in her words have been ‘very good about it’ but nevertheless he was ‘upset’, according to Sheikh Joaan’s racing manager Harry Herbert.

“It is all tiny percentages at this level and Criquette, seeing how well Jarnet gets on with Treve, particularly in the mornings (training gallops), feels it is an advantage which should be taken,” said Herbert.

“We are all big Frankie fans but the Sheikh felt that if Criquette felt that strongly it was her decision.”

Jarnet and Treve will face nine rivals on Sunday and the Frenchman believes that he can get her back to her best.

“I don’t know if she (Treve) is especially difficult, but I know her by heart and have been around her since her debut,” he told The Guardian.

“Maybe there is a bit more feeling that passes between horse and rider.

“There are a lot of different things that can happen in a race. But she remains a filly with a lot of quality and you have to try and extract the best from her.”

Her principal challenges may well come from the English duo, both trained by John Gosden, of Pomology and Sultanina.

Pomology beat her stablemate in the Group Two Lancashire Oaks but since then Sultanina went on to win the Group One Nassau Stakes.

They could benefit from Treve being a little rusty as she has not raced since injuring her back in June.

“Criquette has warned everyone that the Vermeille is not the Arc, so she may be slightly short of fitness on Sunday. Whatever she does, she will come on for that run,” said Herbert.

“She’s in very good shape. She is a very brilliant filly. I have no doubt she has trained on and can be a serious contender in the Arc.”

The other two Arc trials are Group Two affairs and sees Dettori partnering last year’s Epsom Derby winner Ruler of the World, seventh behind Treve in the Arc last year, in the Prix Foy.

His main rival should be Spiritjim, who will bid to bounce back from being stripped by French racing’s governing body France Galop on Friday of the Grand Prix de St Cloud for testing postive for a banned product.

The Arc trial for three-year-old colts the Prix Niel should be fought out between Andre Fabre’s surprise Group One Grand Prix de Paris winner Gallante and the Aidan O’Brien-trained Adelaide, who is coming off an impressive win in another Group One race the Secretariat Stakes in the United States.